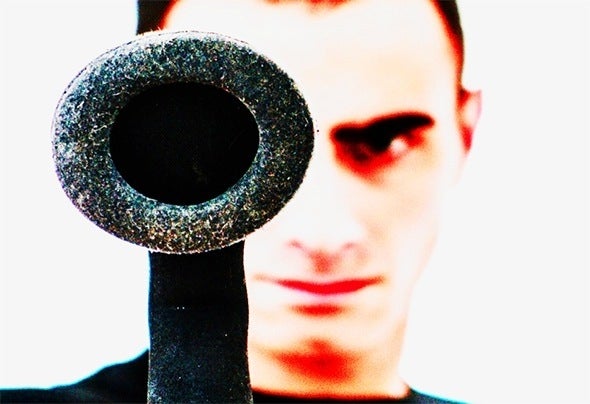 Since his early years that Dj BENNY had a close and intimate relation with music: his mother worked as label manager in a major record label and his father is an important music reviewer in Portugal. Both of them have always provided an environment at home which led to a profound interest and subsequent knowledge in the field. With the passing of time his interest focused in electronic music in general, and then, more specifically in House and Techno genres, that in the end made him discover a huge passion: deejaying. Since then that passion didn't stop growing. He made up his mind and realized that was the path he’d like to follow and acquired all the necessary set up in order to start practicing mixing. A short time afterwards that passion produced effects and he was invited to play the warm-up session in a Lisbon After Hours Party. His set goes well and the crowded house reaction was so positive that one of the resident DJs at Alcantara Club (formerly known by the name of Alcantara Mar, a mythical club in Lisbon and European wise) decided to invite him for further performances. Dj BENNY started this way being a regular presence in the Lisbon night, catching everyone with his House selection and, at the same time, gaining lots of experience. In the year of 2011, in collaboration with DJ Adiano Magone, they found the project Groovefellas, with a unique innovating project in the Dance Scene. In 2012, the year he celebrates a ten year career, starts a new Podcast project called "House Sweet House" which main purpose is to promote new quality electronic music, from Deep to Tech and he also starts producing his own original tracks, remixes and collaborations under the name "Groovefella". Already known in the Portuguese dance scene, he has shared the DJ booth with names such as Phill Kay (Por), Pedro Diaz (Por), Luís Leite (Por), DJ Cabá (Por), Oscar Baìa (Por), Adriano Magone (Por), DJ Vitamine (Por), The Slum Vagabunds (Por), DJ Nox (Por), Jesus del Campo (Spa), Vito di Santi (Spa), DJ Diva (Ned), George Morel (USA), Mastiksoul (Por), Dj Jiggy (Por), Mónica Seidl (Por), Christian Sims (Fra), Carlos Fauvrelle (Por), among many, many others, performing at several clubs and private parties. DJ BENNY can be heard mainly in Portugal, where he continues to show us his energy and musically powerful DJ sets.