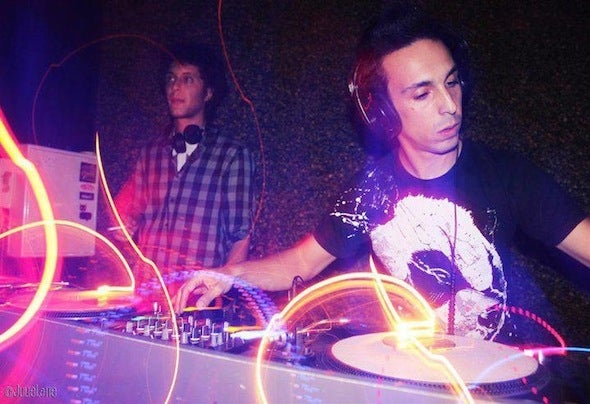 In 2006, a new energy joined the drum & bass culture, an energy called: Bass Kalash and Sonic Fuse. It all began with the curiosity of mixing and the creativity to produce, that quickly grew to an astonishing result. Friends started to go crazy, and encouraged them to play for the crowd. The first time was enough to understand the talent of these guys. Their sound started spreading in Setúbal (hometown), and soon, all the pubs and clubs knew their love for DnB. After a year, the feedback was so good, that several opportunities appeard in Portugal’s capital, Lisbon, where different DnB promoters decided to represent their sound, as DnB revelations. In 2010, apart of being selected by Cowsonpatrol for the category of Dj revelation, they decided to merge into one identity. A frenetic trend in electronic music, with different sub-genres movements, focusing on DnB. This will be the passport through several mixes and new productions, all in one: RADIUS.:::BOOKINGS::: radiusmusicpt @gmail.com