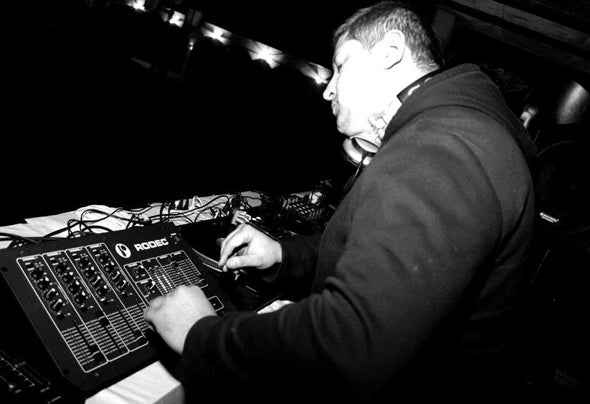 Karpin Zambrano is a Music producer and DJ of Madrid, who started his career at the beginning of 1998. At that time, his focus was primarily on underground music clubs of the city, Soma Experimental Club is one of the most influential and his early style was Detroit techno. Zambrano has cited his influences as Derrick May, Robert Hood and Underground Resistance to name a few. At the beginning of 2000 with two years of experience, he entered to form part of a Valencian collect ive called KUNOICHI where he began t o DJ at local clubs of the community, such as Lovebuzz (Nassau Room).Within the collective they made room for his style “t echno t rance”. At t he beginning of 2006 an EP was released under the Alicante EUPHORIA RECORDINGS label, DJ productions thus becoming his first EP. He also acted in the concert hall of the Capital Ritmo y Compas of Madrid. In 2008, he began to perform in a small room called Technoclub Garnier in the Valencian town of Sagunto, his set of descata for a live performance of very melodic forms of forceful and very superficial rhythms. He is currently developing a set with forms of electro break melodic sound performed with machines and analogical synthesizers.