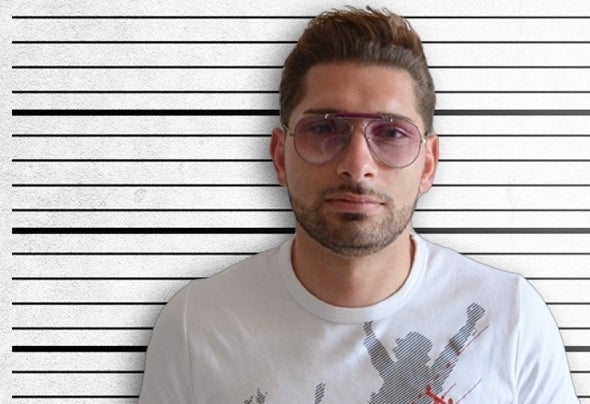 Maturity, perseverance and hope grows rapidly Tony Mangano, from the small Sicilian town Siracusa, Italy.At the young age of 12 the talent and passion for music were amazing, so much to cultivate this love and make it into something more. It 's so that at the age of 25 years, Tony has been able to capture the attention of the nightlife of its region and then a note Italian label, "Smilax Publishing" with the single "Mueve la cabeza", produced with its members djs and producers Silvio Caia and Max ImbesiIn January of 2012, Tony launched his own show, "ClubSensation" and "Specialovedj On Air", present in his YOUTUBE. In the same year he completed the production of the new single "Supernova" released in April 2013 on Beatport.Tired of the sound imposed by your country, it changes the patterns traditionalists and with Silvio Caia aka "Dj Sidh", Max Imbesi aka "Night Life" and Lorenzo De Benedictis aka "Lory DB", constitutes "4HEADS".He began his career with the Techno Progressive. Through its sound characterized by complex formations of drums, synths, chords and effects, Tony and "4heads" have created the single "Unexpected".Tony encouraged by his perseverance, he signed a contract with the "Moon Records" notes Korean label, Tony and "4HEADS" after the release of "Unexpected", he creates new projects.The floor and the woofers shaking, it's time to stand out from the crowd, expressing his emotions to the maximum.