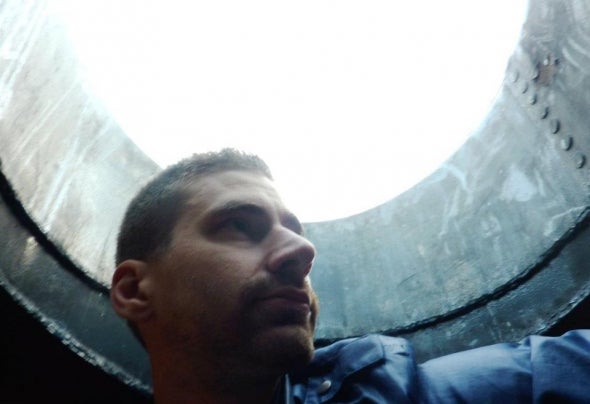 Michael Walken hails from Windsor outside London in the the UK. He has a wide appreciation and love for all types of music from the non boundaries and non-conformity of classical and jazz to 170 bpm IDM or hardcore. The various influences can be heard in Michaels productions which are mainly focussed around the techno / melodic / minimal / tech house / deep house / electronica / ambient / soundtrack areas. About Michael Walken 'Michael first got into dance music aged 10 listening with friends to the prodigy charly in the school playground on a rave generation compilation on a walkman and speakers. He started dj'ing at 14 playing old skool jungle drum n bass, early jungle crossover happy hardcore and old skool breakbeat hardcore. Over the years he has played many gigs in London for different big clubs including turnmills, Egg, Fire, the glasshouse, and lots of London bars all over london. Michael held a residency at the southside bar with a friends promotion called Prehab. Incidentally Michaels first released track a remix was released upon the same name. This first track got some great feedback from some known dj's including legendary 1990's DJ Graham Gold of main radio UK Kiss FM fame Peach at Camden Palace where Michael had watched graham every friday dj'ing at the legendary camden palace along with the greatest trance dj's. This same first track was also supported by Michaels friend gary 'BDK' who held a residency at Steve Lawlers viva harlem nights at the end in londons west end, who played Michaels track out at Ministry of Sound nightclub with Michael in the crowd and a somewhat unexpected round of applause from the dj and crowd. This experience of hearing his own production work on a serious big club system through mach 1 speakers gave Michael his first taste taste for having his tracks appreciated not just by dj's but by people in general. From there in Michaels first really successful release came in the form of an ep with production partner Gary optim together forming'Optim & Walken'. Between them their ep 'Lost' which got signed to Electric Sheep Recordings with a mixture of deep hypnotic tech house and deep house picked up support from the likes of of Orbital, Slam, D.O.P, Hernan Cattaneo, Raymondo Rodriguez, Timo Garcia, Claire Ripley and many more. The ep's main track lost with Michael providing the almost unsettling dark vocal crept up to number 2 in best selling tracks on the label. Next ep out on black sheep trax which is Electric Sheeps darker techno orientated sister label also got great feedback and support with names such as Luciano, Bushwacka, Alland Byallo, Simon Langham, sasha le monnier, Makossa, David Scuba, Dj Lo, Zeitgeist and many more. 3 techno tracks from Michael ranging from stuttered vox vocals and dark tech house on 'Wasp In The Can, through dark synths and building layer after layer of techno percussion on 'Deviant System' to the smooth healing detroit techno feel 'Liquid Eyes'. Next was Michaels remix of the legendary deep house vocal artist Robert Owens from group Mr Fingers out on Hatchwork Recordings with ep support from Slam and M.AN.D.Y to name a few. Michael started after these releases getting more and more into the detoit techno sound, with major influence from all of the early detroit pioneers Juan Atkins, Carl Craig, Derrick May, Kevin Saunderson, an Octave one etc. With these influences came Michaels next release on Rough Cut Records whose label boss Alex Dijksterhuis is the dutch dance music veteran behind Touche records voted the best dance music label in the world in 1998. Alex had worldwide success as one half of The Trancesetters with tracks such as The Saga and Roaches, Alex has had many other aliases including Tata Box Inhibitors and Fortress and Loophole. Getting onto this label with Alex and another name laidback Luke meant Michael was getting more serious. Michaels ep called 'Last exit from procyon' was a great journey through detroit techno, and his most popular tracks theramin theatrics have mainly have been signed onto 8 other techno compilations. Next track was to be released on the dutch label Repressure that Alex used to work alongside some solid techno names including Samuel l session, Rob Hes, Steve Rachmad and Orlando Voorn. Michaels remixed his friend Gary Optims - Fever, a soulful deep house remix. 2019 saw Michael return after a 5 year break from production on his best form yet, with an ep signed too Althea records a promising new label from Syncopate afterhours owner Josh Blackwell. Althea records already getting a lot of beatport hype and chart places. The ep entitled The Hole epfeatures two tracks called institutionalised a dark and eerie techno track, and a forgotten future a more detroit style techno track. Michaels biggest achievement too date though comes in a december 2019 release after signing to the hugely respected and well known in the techno and electronica worlds Traum Schallplatten records. The track is a deep dark mysterious minimal techno track called Placebo Paradox with haunting vocals from the singer songwriter Kara Square. The track Placebo Paradox will be out on compilation Tour de Traum XVIII a well respected mix series by Riley Reinhold, Traums, visionary A&R head honcho and owner. This really is Michaels best work yet and a dream come true to be signed to Riley and Jaqueline Reinholds incredible and versatile label not forgetting all their others including Trapez and MBF. Traum having been a home to most techno artists / producers that Michael respects including Nathan Fake, Dominick Eulberg, Gabriel Ananda, Max Cooper, Minilogue, Extrawelt, Piemont, Fairmont and many more. Also Traums most recent release from ROWA with a superb ep has a remix from John Digweed and Nick Muir. 2020 is set to be one of his best years yet. Michael wants to establish himself as a proper artist with more of his own lyrics as well as varied production works and composition. https://www.facebook.com/michaelwalken/ www.soundcloud.com/michael-walken https://www.beatport.com/artist/michael-walken https://www.residentadvisor.net/dj/michaelwalken