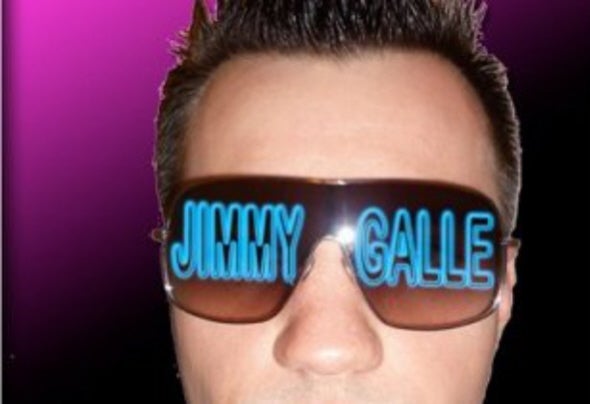 With the help of a Walkman, on which he could play his favourite tapes and listen to the radio, his love for house music started. After a long period of nagging, his parents got him the best birthday present ever at the age of 15. A music mixer and double deck cd player. Every free second was used for his devotion to music and improving his skills. 2 years later, Jimmy got the chance to prove himself at a cool club in Antwerp called 'Het Eilandje'.It was his first time as a DJ and his hard work paid off. He was asked to play there every Saturday as the resident DJ. With a DJ career in front of him, he also got interested in producing his own music. He saved up his money and bought his first PC with sound card and a Korg keyboard. After a few years experimenting, he discovered his own sound and at the beginning of 2004 he released his first record, Jim-Y: Digital Trumpets, which was released on the label named after the famous club BBC Records. In the meantime he was working on a project with his best friend Ruly. Jimmy finished a new demo on which he thought would fit the perfect voice with. Ruly and Jimmy (= R&Y) took the initiative with their own money to send the demo to their favourite singer. 2 weeks later Jan Johnston contacted them. Jan had already written the lyrics and called for a date to do the recordings for this song. R&Y meets Jan Johnston- It's cold outside, was born. This single was released in 2007 by Mostiko with remixes from Filterheadz,Sied van Riel At the end of 2008, Ruly decided to stop with the project, and that's when Jim-Y changed into Jimmy Galle. Now solo and with a different approach to electronic music, his productions and remixes began to on different labels. With his own DJ mix compilation on Bonzai, his productions and remixes on several other labels and a promising DJ career, Jimmy Galle is bound to be the next big thing.