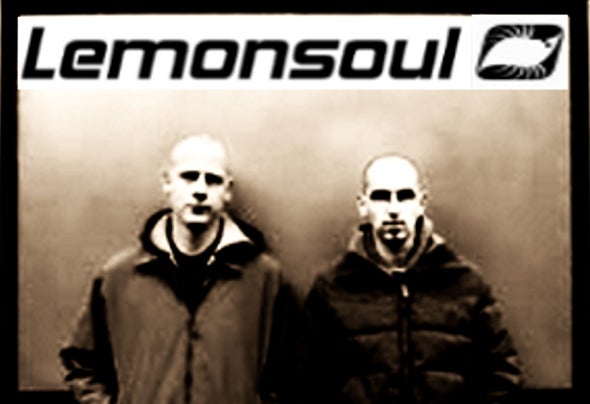 Lemonsoul are Jamez and John van Loon. Jamez is well known for his Touché label that he started in 1994 with Dobre. Numerous club classics were born here, like 51 Days’s Paper Moon or Trancesetters The Search and Roaches, Tata Box Inhibitors’s Plasmids and many more. These are all from the hands of Jamez and Dobre, but solo they’re also responsible for several club classics, like Tatoine’s Music and Loophole’s Deephole. John van Loon is a singer / songwriter, and was introduced to Jamez and dance music in the late nineties. John wrote lyrics and sang on several productions from Jamez, under which were Trancesetters Synergy and Jamez’s album Dreamchasing. They decided to focus more on edgy dance and pop music and named their collaboration Lemonsoul. Soon enough, the demos were piling up. Strange spheres, pumping beats, vocals, drum n bass mixed with guitars, distortion and smooth strings, it was all in Lemonsoul. Probably a bit to strange, because labels didn’t know what to do with it. Their track Sun, was techno enough for a release on Superstition Germany and still is a beautiful piece of music. When Jamez restarted his label Rough Cut Records, so came the first releases of Lemonsoul, years later, but still as strong as ever.