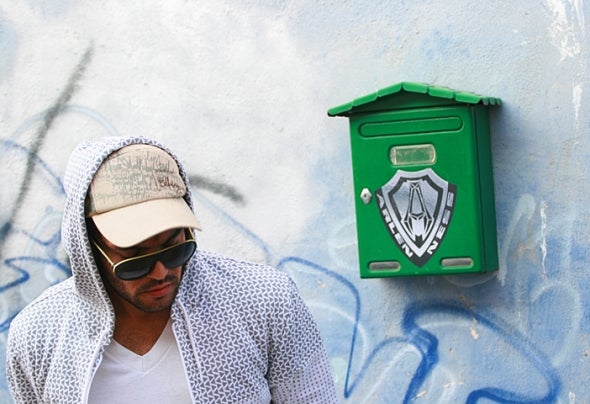 “ Music is an expression of the soul – mine happens to express a lot ”, says someone who has found himself at the center of Israel’s electronic music scene since 2006. The passionate musician from Hertzelia city has become a heavy influence for some of the top producers nationwide. With his debut release “Moonrain” Yonathan Dahan has reached yet another highpoint in his musical journey.Yonathan or as many friends call him Johnny! started his musical journey in the Detroit underground scene, absorbing the art of DJ’ing thru performances by the highest skilled DJ’s of the 90’s. These included Mix Master Mike, Beat Junkies, Richie Hawtin, derrick May and many others grounded in that era of music.The summer of 2000 was a turning point for this up and comer.After attending the back stages of the first Detroit Electronic Music Festival where Richie Hawtin and other huge acts were dominating the main stage, influence started to take effect and his passion for electronic music started to sprout.Arriving back in Israel with all that was stored in his archives of 3 years in Detroit, around the US and Canada, Yonathan began his musical journey to the top thresholds of the underground scene in Tel Aviv.Where Detroit represented a softer side of electronica, Israel was dominated by the hard-edged sounds of Psy and Progressive Trance.As the genre of music changed, so did the venues and before long Yonathan was DJ’ing some of Israel’s top Clubs, Festivals and Nature Parties, establishing an industry name that was nonparallel to what the local scene had seen before. The result, simply “Johnny style ”, as it is known on the inside circles.With the influences of progressive trance and minimal techno nuances spiced by the flows and baselines of hip-hop, we hear sounds that shake our very soul. His rhythmatic combination and energetic display is what was compiled over years of changing electronic trends, while constantly adapting to cultural music demands. Johnny’s music is as enthusiastic as he is, both as a DJ and live artist and always pushing forward. But there is one statement that holds true for all that he produces; they are certainly of the highest aptitude. If your soul too is guided by the sounds and grooves of electronic rhythms, be ready to possibly loose a piece of it....Johnny on the Deep side: Time can be just a shift in consciousness there for one can travel 900 years in 24 hours or be 90 and at the same place....Artists we also likecypress hill, gangstarr, beat junkies, funk master flex, Wu Tang Clan, D-Nox, Moshic, Underworld, Richie Hawtin, Pink Floyd, Crosby Still Nash & Young, the Pharcideits an Electronic soul revival... beats to make you float...Johnny Deep (aka Yonathan Dahan) bringing you some wicked style straight out of his multicultural kind bonding most with the Berlin underground and the Detroit influences while being there... just check the beats out and you will understand