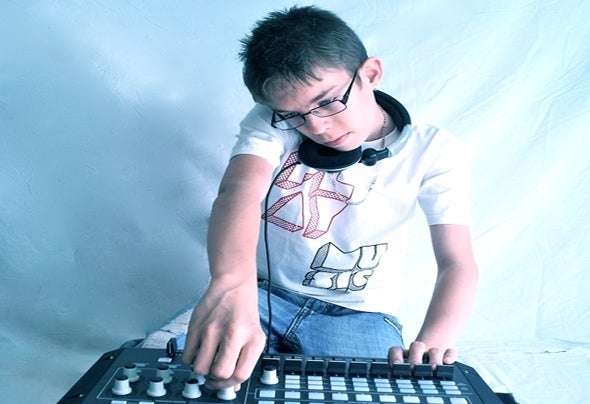 Mike Duz is a producer from France. He started making music at 11, with FL Studio, just for fun. Now at 15 years old he has began to produce seriously with his ambition & love to the music. His first EP 'New Direction' was released on System Recordings. And now Mike Duz has been hitting the scene hard with already releases on Boltongroove Records, Emotive Sounds, Hype Muzik, Axis Trax, WRR and more again! He is a diverse producer with a good ear for most genre's ; progressive, house, techno, tech house, electro house you name it he's there! Not only that, Mike also DJ's , and already showing everyone his talent! with podcast mixes and guest mixes for various labels/shows, there is still a lot yet to come from this young rising star! In August 2011, he released on mau5trap recordings, the label of the canadian producer Deadmau5, with his remix of 'Moguai - Oxygen'. After that, he had many remixes and release requests from labels. In 2012, he wanted to stop music and continued secretly under the Matt Fax alias. But one day, his track 'Frequency' was supported by Above & Beyond in TATW and received many supports and his fans number on Facebook have increased seriously. Then, he decided to continue to produce under Mike Duz, but he is now thinking about change his musical direction to Electro-House. Look out for this upcoming producer who seems to have have a great future in Electronic music.