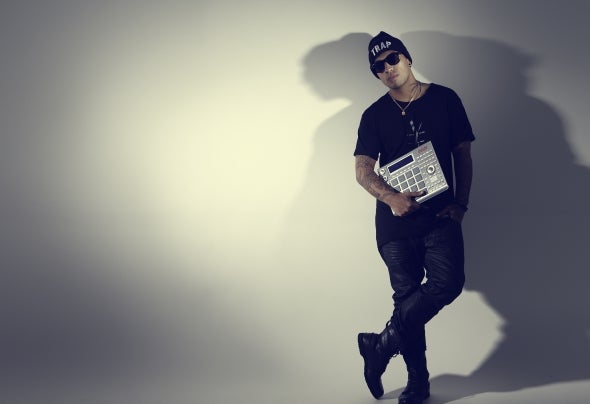 Gold Coast based Producer/ DJ A.T.P lays claim to accomplishments that few Australian and New Zealand artists can match. Few producers can proudly display a platinum plaque for co-writing a No. 1 Single. (Savage – Swing). Even less are responsible for defining the sound of an entire region, having worked with every local artist of note, including producing lead singles for different artists. However, only one Australian-based Hip-hop producer can lay claim to a single that hit the US billboard charts, featuring one America’s biggest Urban artists.A.T.P (Add To Playlist) founder and CEO of BeatKamp Muzik) can lay such a claim.After achieving No.1 Success with Savage’s breakout hit SWING, and eventual placement within the hit comedy, Knocked Up, New Z ealand born AT P launched an assault on the US charts that was unmatched in down under hip hop. Four years after its debut, a US remix of Swing featuring Multi-Platinum rapper Souljah Boy & Pittbull is currently being serviced on US radio. ( “swing” has just sold in excess of 2million copies,double platinum record status), a feature no New Zealand or australian hip-hop artist/producer has ever before achieved.)Performances @ Festivals like “The Big Day Out” ,”Super fest” and opening acts for Lupe,Eve,Xzibit,Naughty by Nature to name a few Have also earned ATP and Beatkamp a great fanbase audience & Show credibility.Not content with producing tracks for other artists (hit singles included!) ATP & BeatKamp muzik Have already Released a string of albums/mixtapes & Film/Videoclips across Australia/NZ TV, MTV, Channel V,Rage,Juice TV, C4 and has created a fitting introduction of a brand new sound to the down under region.ATP has Solidified himself firmly in the New Zealand music/Aus hip hop scene having collaborated & performed with the likes of some of down under`s most respected & successful Artists (360,Savage,Dkonz,The Collective,illy,Scribe,PNC,David dallas,Pieter T,Illegal Muzik,Aaradhna,to Name a few) “Speech” of arrested development also had Beatkamp produce For his japanese release.