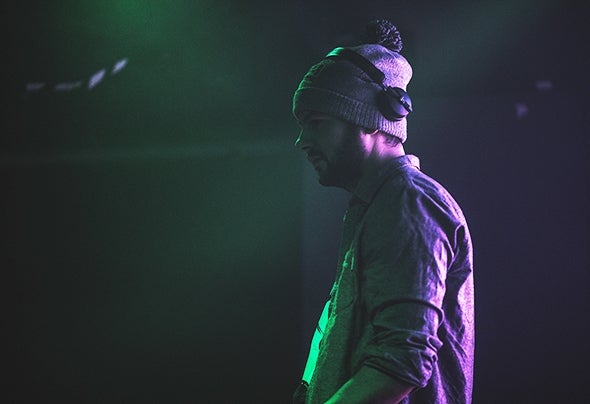 Ben Soundscape started producing his first beats at 17. It was around that time he started listening to Fabio & Grooverider’s seminal Radio 1 show, and got the bug straightaway.Danny C was the first to notice him, signing Ben for the debut release as First Light on Blue Box back in 2002. Soon after, Ben formed a duo with friend Joe Wills called The Insiders. Together they would draw influences from everything from soul, funk and jazz to house, techno and film soundtracks, and go on to release material on some of the greatest labels in the scene. Ben has produced tracks for Creative Source, Renegade Recordings, Metalheadz, 31 Records, Frontline, Defunked, Breakbeat Science, Nu Directions, Good Looking Records (as Catch 22) and Blue Box. Ben started his own club night, Intrigue, back in 2003 at an intimate venue in Bristol. His vision was inspired by the Swerve nights in London – quality, forward thinking music in a small club. A great atmosphere, solid sound system and open minded crowd were important qualities he had to build for years. Fast forward to the present, and Intrigue has become a firmly established and highly successful fixture on the drum & bass calendar. The next step for Ben was to start his own label, Intrigue Music, which was formed in 2009 as an outlet for deep drum & bass. With the quality of music the label continues to release, it’s no wonder Intrigue Music attracts major attention and support from both DJs, heads and the press alike. Ben continues to refine his own style as Ben Soundscape while also regularly working with fellow collaborators Randall, RoyGreen & Protone, Bachelors of Science and SMP. He is also part of new outfit Mosaic with Superior Selectionz. Intrigue Music: http://www.intrigue.org.uk Ben Soundscape: http://www.facebook.com/bensoundscape / http://soundcloud.com/bensoundscape