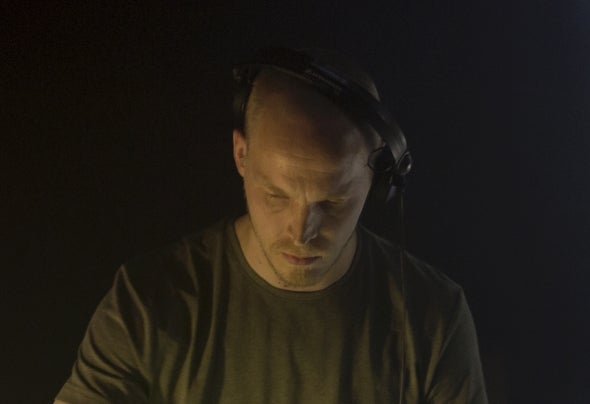 Many groundbreaking releases on seminal labels such as Metalheadz, Renegade Hardware, Function and Exit Records have cemented Resound’s stance as one of the most forward-thinking producers in the scene. Always at work, always on point, Resound (also known as Rhytual) has been mastering his craft since the mid-90s. Along the way, he’s helped thousands of aspiring music creators by sharing his knowledge through his blog, Resoundsound. Ilpo Kärkkäinen has been involved with playing and creating music in various ways ever since 1986 – then only 6 years of age. Fast forward 10 years, he had started making a name for himself in the tracker music scene (then known as Krii). Ilpo established the now legendary tracker scene label Rebound in 1997. By the turn of the Millenium, over 80 releases were out on the label by himself and friends. The music spanned all forms of broken beats with forays into house and techno. Around 2001, Ilpo began focusing mainly on drum & bass as Resound. Vinyl releases and international DJ gigs started taking place. It was at one of these gigs (Therapy Sessions in London, 2006) where Resound and Loxy rst met. It wasn’t long before they were making music together. After a series of singles, the duo released “Burning Shadows” – an album that went on to inspire and inuence a whole new generation of producers. More music from the two followed, including a vocal project “The Levels” with Alia Fresco. Meanwhile, Ilpo was already busy working on his blog, helping other artists raise their standards. He also wrote game soundtracks and was running drum & bass nights in Finland. As the decade neared its end, Ilpo launched Rhytual – a project rooted in live performance. Rhytual sees him transform his moody sonics into a completely new sound that connects to something ancient and moves you deep into a world of abstraction and myth. I.L.R. Studios is another new project that sees him connect with fellow producers Ink and Loxy. Ready for the trouble!