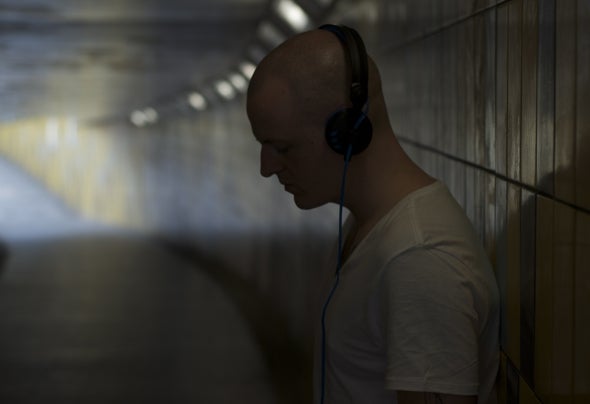 Ant TC1 along with Hidden Agenda founded Dispatch Recordings back in 2001, Ant originally helped out with the management side of the label before finding his feet within the realms of production; which was a natural progression for him having DJ’d on pirate radio and in clubs from the age of 15 (since 1993). His first release along side frequent studio partner Stress Level appeared on Dispatch after almost 3 years of hard work getting their collective sound where they felt it needed to be in the studio before even thinking about turning on the DAT recorder. After their first release aired they quickly picked up a wealth of dj support on their early material and went on to release for a who’s who list of established Drum & Bass record labels including the likes of Renegade, CIA, Advanced, Crit ical Records Int egral, Liquid V, Commercial Suicide, Good Looking Records, Bingo beats and Samurai Music. By demand remix work started to feature heavily within their output and the duo went on to remix for the likes of Hidden Agenda, Chris SU, Artificial Intelligence, Kabuki, Total Science, Optical & Ryme Time (Jagged Edge), Atlantic Connection, Tactile & DJ Marky.Ant’s production output has featured on a mass of compilations and mix cd’s compiled by the likes of Shy FX, LTJ Bukem, Total Science, AI, Spectrasoul, Klute and Brian G. Additionally his work has featured very heavily within the radio shows of Friction, Grooverider, Fabio & Bailey on their respective BBC Radio 1 slots over t he years as well as BBC 1Xt ra where Ant once hosted his own one-off 4 hour show. His DJ work has seen him play all over the globe from Adelaide to Los Angeles, from Hong Kong to Budapest, Tel-Aviv to Bangkok and last but by no means least regularly UK wide.Fast forward to 2012 and Ant is now solely responsible for the running & label manager role of Dispatch Recordings; having released a mix CD compilation, the hugely successful “Transit One” album last year (which topped almost all the usual stores weekly dance music sales charts across all formats) as well as a fine list of consistently quality single and EP releases from the likes of Survival, Break, Oct ane & DLR , Marcus Int alex, Commix, AI, Chris SU, Zero T, Cern, Dabs, Skeptical, Dub Phizix, Spinline, himself (and many more). Ant has recently remixed material for the likes of Lomax (Loadstar), Sunchase, Cern & Dabs as well as having his own solo work remixed by rising star Xtrah and working on further collabs with Survival. Ant also continues to run his own mont hly night at ‘Moment um’ in Leeds (which is headed int o it ’s 10t h year) as well as owning Metalheadz label nights events worldwide for none other than Goldie and dj’ing continuously across the globe on an ever-frequent basis.http://dispatchrecordings.com/ http://soundcloud.com/anttc1 http://www.youtube.com/dispatchrecordings http://www.surus.co.uk/dispatch- recordings/home.aspx http://twitter.com/#!/AntTC1 http://www.facebook.com/DispatchRecordings