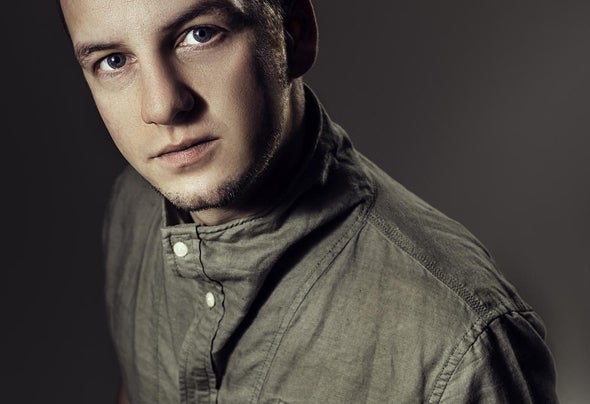 Rhythm is fundamental to the spirit ... Strongly influenced by the UK sound during the nineties, Quincy Steveninck started to make a reputation for himself in 1996 being one of the first djs and event promoters to introduce progressive house music in the Belgian club scene. A few years laterthis resulted in a residency for the famous Extreme in Affligem where artists like John Digweed, Danny Howells and Jimmy Van M played for the very first time on Belgium territory.Unfortunately Extreme closed in 2001. Shortly after the closing Quincy continued his progressive house vibe with the “Rebuilding Mondays” nights at the legendary old Boccaccio in Destelbergen.During many years Quincy kept working on his reputation as innovative house promoter with several concepts, inviting – breakthrough artists at that moment - such as Jessy Rose, Aril Brikha and Jamie Anderson to name a few.In 2008 Quincy Steveninck and Nik Vandenberghe (Charlatan) teamed up for a new concept, Age of Love. After more than 6 years, still one of Belgium's leading party concepts hosted at Charlatan and the beautiful Vooruit venue in Ghent.“Vinyl only” dj Quincy has played lots of events and legendary clubs as 10DaysOff, Laundry Day, Feest In Het Park, Kozzmozz, Beats Of Love, Paradise, Café D'anvers, Fuse, La Rocca, Noxx, ... and also abroad in Germany, Spain, France, Italy, Switserland, The Netherlands, Croatia and Ibiza.With Soul Phonic (former duo studio project with Benny Quinart) several releases where signed on labels such as Coincidence Records, Silver Screen and of course his own imprint Punk'id Records where Quincy was responsible for the A&R till 2010.That same year Quincy Steveninck quit Soul Phonic and Punk’id Records to focus himself on his solo career as dj/producer and event promoter.Currently Quincy finally found the time to return 2 the studio, working on new sounds and productions. The first couple of releases are set for 2014, the year of the green horse!