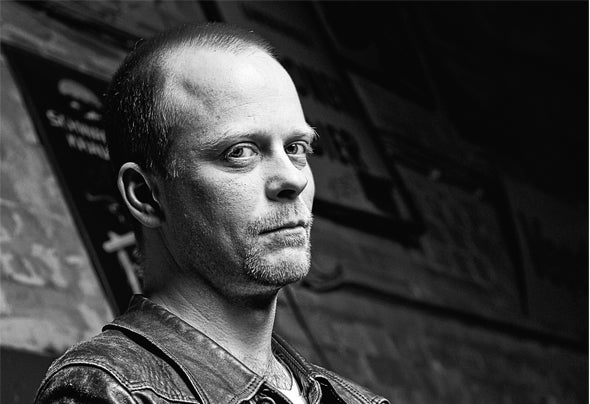 Hanz S from Lueneburg (Germany) discovered his passion for music very early. Already when he was a child there was an afinity to electronic music, when he collected records from artists like Laserdance, Kraftwerk, New Order, Tangerine Dream, Klaus Schulze, Andreas Vollenweider and Jean Michel Jarre to name a few.Hanz started to play guitar when he was 12 and for the next years „left“ electronic ...music and played in various bands in Lueneburg.He returned to electronic music in 1993 when he started to DJ at diverse small parties, and it manifested, that he had a huge talent to get people to the dance floor, and to keep them there.Hanz played in many clubs for the next 12 years together with well known other DJ's for example like Toni Rios, Karotte, Sven Dohse, Dr. Motte, Oliver Huntemann, Marc Spoon, Frank Lorber, Kevin Saunderson and Oliver Bondzio.Since 1998 Hanz created his own tracks and he started the „Klang Art Project“ together with a friend (Rene) . They played a lot of gigs and had a lot of fun together in Northern Germany between 2000 and 2002.Since 2002 Hanz is touring by himself, and he stands out with his very own sound, which is a mix of driving techno, minimal House, TechHouse and often with a small portion of Trance.Meanwhile he has had un numbered gigs in Northern Germany, which have helped him to be very well know in this area.Hanz was noticed by several record labels and so he soon after had his first release. His track „Bullerjahn“ appeared on the „Sampler 040 Collection Season Two“ of the Hamburg Label „040 Recordings“ together with Moguai & Zenker , Oliver Koletzki, Einmusik and some other great artists.Meanwhile he did a lot of releases together with well known artists like: John Acquaviva, Remute, Tagtraumer, Super Flu, Pierre Deutschmann, Andrea Doria and Sobar & Gorziza2009 the label Starcake Records was founded by Hanz S. & Marco Maniera. Starting with digital releases first the focus now is on digital and vinyl releases for 2012. For further informations about Hanz S. and the Label Starcake Records please check: soundcloud.com/hanzs, www.starcakerecords.com