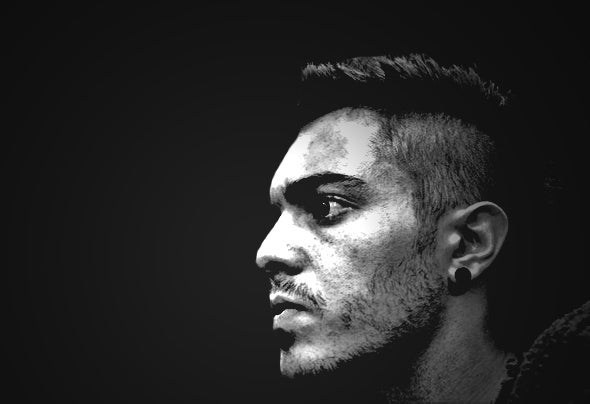 Christos Karpasitis aka Chris Karpas, is a Cypriot DJ/Producer that has been in the electronic scene for more than 6 years. Being obsessed with music from a young age, he soon realized his admiration for Electronic Music. This esteem was soon converted into passion and after experimenting for a while he made his official debut in 2007 behind the decks of club Cosmic Ballroom in Newcastle Upon Tyne. His Djing aptitudes and influences were urbanized while studying in UK and by performing in various gigs he took his Djing skills to the next level. In 2009 he achieved winning a DJ contest in the UK and in 2010 he started producing his own House/Progressive House music. His first track "Charisma (Original Mix)" was the highest voted track in an International Online Competition, generating a great response with almost 1400 votes and more than 5500 views worldwide. According to the competition experts, “those statistics were really impressive”. Chris performed in many other popular clubs in North East England such as: Club Digital, Tiger Tiger, World Headquarters, Tup Tup Palace, Hoko 10, Empress, just to name a few. Nowadays, his live sets are a combination of Progressive House, Tech House and Deep House tunes. Currently Chris Karpas works for numerous record labels around the world including Acuna Boys Productions (Sub-label of ABP Entertainment in UK), One Sound Records, Italica Records, Kiss Dance Records, Pitchbend Recordings and Elektrify Records. His release "Lagoon" was supported by numerous artists and radio stations around the world including DJ Markus Schulz and Frisky Radio. As a Dj he had the chance to play alongside Orjan Nilsen, Dash Berlin, Aly & Fila, John O'callaghan and many more. With scheduled guest appearances around the globe, and with new releases coming up speaks for himself for nothing less than a promising future.. "For more info check www.facebook.com/chriskarpas"