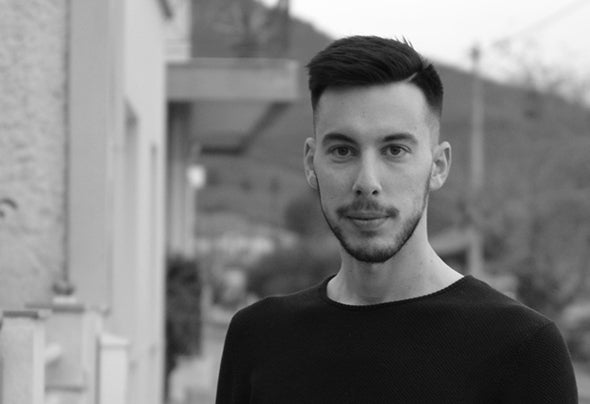 Born and raised in central Greece Thanos Kous aka Thanos Kousaitis started messing around with sounds at the age of 12.Always being passionate with music and after having some music theory lessons at the age of 15 he immediately begun to write his own tracks.In his very early steps, Thanos was more about hard-hitting progressive sounds. It was only until lately that he started experimenting with deeper evolving house and smooth late-night grooves. For 6 years he tried to improve his production skills alongside djing in his free time. Later on and after taking music technology lessons he came up with some serious tunes and his rst ep got released by stigma recordings. His rst 4 track Ep, called “give a sec”, gained success and feedback by famous in the eld such as Hernan Cattaneo, Kosmas epsilon, PQM, Sasha le monnier, Silinder etc. Following this period many singles and remix releases came along by Thanos on labels such as baroque digital, stellar fountain, abstract space records etc.Day by day, Thanos is getting more and more skillful on the technical side of Music Production. Make sure to check him out in the next couple of years. He's definitely one to watch!