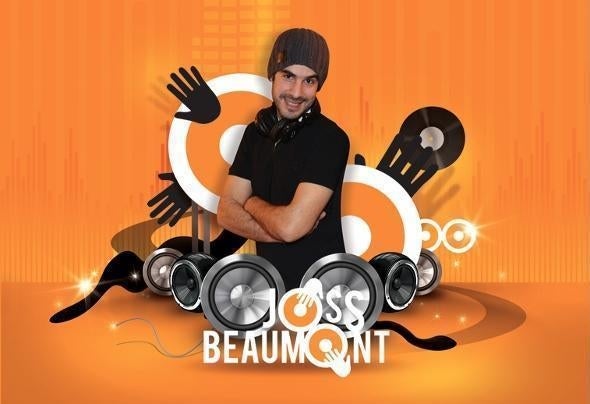 Native of Paris, France, the DJ and producer of house music, electro music and dance, Arnaud Berrebi of stage name Joss Beaumont in honor in its movie of childhood " The Professional " is born on February 17th, 1975. Beginning its career in Folies Pigalle of Paris in the 1990s, it became one of the figureheads of the French electro scene and the hupées private parties since the 2000s. Big DJ of the "Palace", "the Queen" and the various big clubs of France, Joss Beaumont is also a big producer of remix of tubes international as Ice MC or Stromae. "Nightclubs" in the evenings " deprived celebrity " Rocked in a universe of vinyls from its soft youth, Joss Beaumont begins its musical career in 1993 in "the Temple" and in "Folies Pigalles" of Paris. He moves on afterward in diverse clubs of the city of lights where he begins to be made a name before integrating the team of the radio station F.G at the beginning of 1990s. Become to book him of various limited events, he obtains in 1992 the residence of the radio station F.G every on Friday evening. With his friend and colleague Antoine Clamaran he takes out his first title "200 km", outstrips Paris Deauville or he mixed every Saturday in "Les Planches". Multiplying the productions, the DJ joins afterward to Benjamin Franklin and the pop singer INES for the publication of the famous " All I WANT ". An enormous chart in Italy. We shall see him so behind remix them of Ice Mc, Goldman, or still Stromae Then, in a parallel to his works of production, the DJ announces his services in the "Palais Maillot" of Paris in particular for the famous evenings " Come to " and will become the exclusive DJ of certain celebrity as Laurent Baffie, Pascal Sellem or Bigard. Today, surrounded by the best in their domain " BIGG SHAKE MC, BENJAMIN FRANKLIN, MARTIN SOLVEIG, INES, VANI and SECA, MORDAX BASTARDS, DJ FROM MARS, FUNKY DRISS f, his last Single " BE YOURSELF " will be available in mid-December on 2013 and an E.P in January