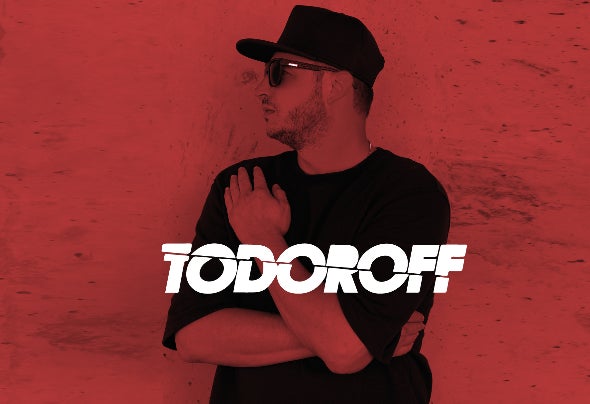 TODOR TODOROV aka Dj Todoroff was born 1980 in the city of Gevgelija, Macedonia. He began his musical education in 1987 at the primary musical school, section piano. After finishing the primary school of piano, he enrolled in the private school for piano and accordion. In 1995 he had the first appearance at a local radio station in his own show where gradually he received inspiration for creating and presenting a new sound which would bring people together. He started his professional career as a DJ in 1997 with his DJ sets in the clubs in Gevgelija and the surroundings. His inspiration for producing and making rmx appeared in January 2002 when he arrived in Skopje. In 2005 he became part of the team of the Antenna 5 Radio. He has performed for RED BUL, SMIRNOFF, FILANDIA, JACK DANIELS, JEGERMAISTER, HAINIKEN, EFES etc. and he has performed in many countries like: Albania, Serbia, Greece, Bulgaria, Belgium,France,Espania,Dubai, and in 2008 he arrive at Doha-Qatar and play for the best club in Qatar "The Pearl Lounge".