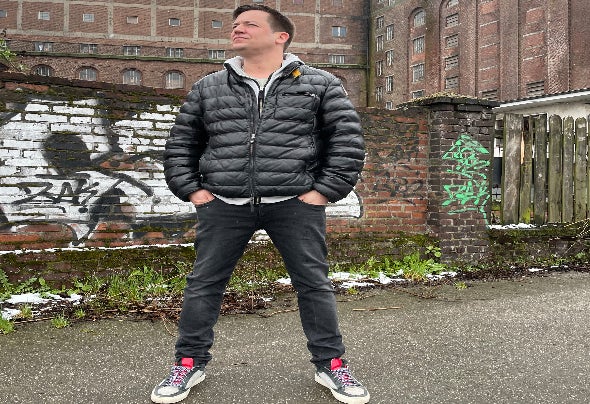 “As a DJ, you should be seen as a dancer and entertainer. They both want to celebrate good music, but of course not alone.” Born in Krefeld, Germany, Audiocell has been trying many different styles of music and genres in his career, but never neglected his true passion for techno. His DJ sets are impulsive, dark and the way he mixes has been his trademark from the beginning. His sets are always to be taken as a whole, not something you can analyze separately. It is the combination of the natural feeling of rhythm, the technical skills and obvious love for the music that shaped him to become a DJ he is today. Influenced by the music and mixing styles of Sven Väth, Adam Beyer & Carl Cox, he found his way of reading the audience and what they want really want to hear. One can really feel the positive energy in his performances. For him, the audience is the center of the party and he’s responsibility is to offer them the best experience on the dancefloor. Now in addition to his DJ work, he opened his own club after hosting different parties in the hard techno and techno scene for almost 10 years. “Mikroport.Club” opened its doors in Krefeld for the techno community all-around the world. He’s now a DJ & Owner of the famous Techno Club, Mikroport.Club, The Green House Bar and now in 2018 he opened a new Club is called "Gleis18"