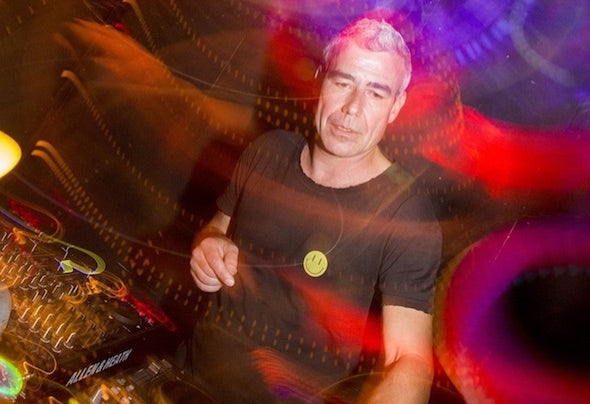 Carlo van Vliet aka DJ Beriba first full party experience (MTC party in the world trade center in Rotterdam) was in 1990. House and especially techno has grabbed him and never let him go. He has attended national and international parties for many years, with a preference for Techno. Heroes of the time such as Dimitri from Amsterdam (Kneppers), Laurent Garnier and Derrick May developed a more deeper style of Techno 'High Tech Soul' which really appealed to him. The interest in Techno grew more and more on which he started collecting tracks since 2000 and playing at home for insiders. In 2005 a good friend asked him to play a full night DJ set. He was also asked every year on Queen's Day to play on a boat full of enthusiast's party people. The love for playing DJ sets was further developed from then on with house and classic tracks. In 2010 he stopped doing this because he couldn't put his preference for Techno in DJ sets enough. His conscious audience was not ready for that. From that time on he also started producing more and more, which yielded some underground Techno tracks that DJ's played in 2016. From 2018 he has given more attention to producing Techno in Ableton live which has resulted in releases and playing Techno DJ sets in a underground club in Amsterdam (RLGC). In addition, he started a local radio show in 2012 in which he wants to give underground electronic music more support, inspired by Studio Brussel and Deep Space radio by Kevin Saunderson. Active DJ since 2005. Style: Techno without bounderies (acid, detroit & berlin style). High Tech Soul inspiration (from Dimitri Kneppers, Derrick May & Laurent Garnier). Always looking ahead, telling stories with music and keeping the fire burning. Since 2016 producing: EP Attraction Line released in early 2019, EP Healing at the end of 2019 both on label First Impression (from Robin 'Jaydee' Alberts). Used on many sublabels such as Technosforca, Peace Tunes and Future Sonic Media.