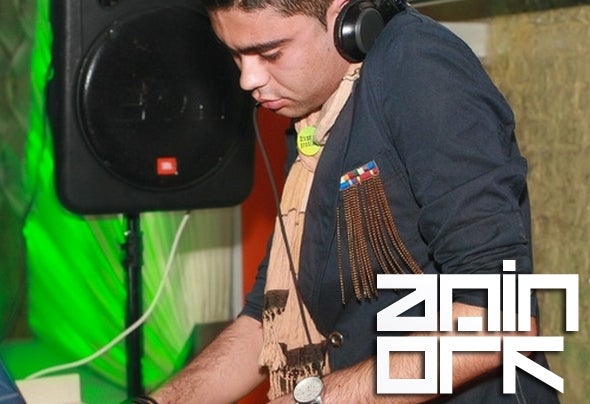 It all changed for Amin Orf at the age of 16, his first appearance was in a small Party in his country 'Tunisia' exactly in Sfax then a professional career started in 2007. He quickly started to make himself a name in the local club scene. His inimitable ability to enthuse people and his talent to hypnotize the nightcrawlers with his beats earned him a career beyond comparison.At first, he played at smaller clubs in his country as: Arena Club 'Sousse' , The Loft 'Djerba', Cocoon Club 'Hammamet'.. Then all things speed up fast.AMIN ORF gets worldwide bookings, for example he was performed at Morocco and Turkey in 2010... The years 2010 was full of exciting developments.AMIN has been spending a lot of time in the studio producing new tracks. Most of them landed directly in the hands of big record labels as: Baroque Records.Then AMIN ORF founded his Label : Fever Sound Records, in few months it got a huge success and support from big house hitters as: Luciano, Marco Carola, Ricardo Villalobos and many more..At the same time AMIN continued producing for his Label also for big Labels as: iFROMINAL, Glamour Underground ... 2011 was the bull of success for AMIN ORF & Fever Sound Records, he was invited and lisenced big artists to release on his Label: Fever Sound Records. We can mention some big hitters: Solomun, Edu Imbernon, &Me, Matthias Meyer, Coyu, Dubfire, Rodriguez Jr., Oliver Huntemann... T hen AMIN ORF was booked to play in Europe some Fever Sound Nights we like Ukraine (Odessa & Nikolaev), Russie (Moscow), Turkey (Istambul) ...AMIN ORF is currently working on an album due out in March 2014 featuring big vocalists.The album is gonna be a more in-depth electronica- sounding album than his usual club-minded tracks and AMIN is collaborating with a long list of talented vocalists to make it more HUMAN rather than just a compilation of average instrumental club tracks. To Finish, He's just beginning to make his name known across the globe.