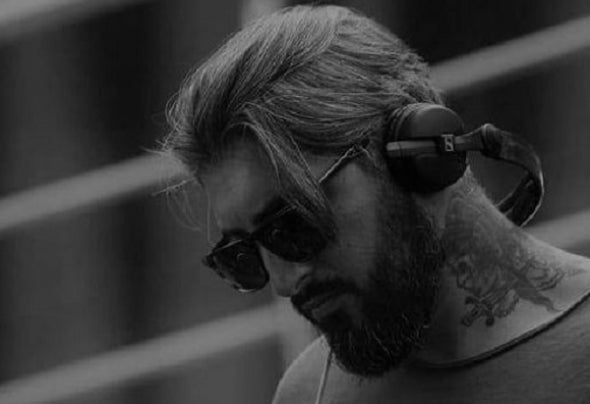 “Just a strange guy from the mountains” he says. But this is a merely description that reveal us just a small part of his origins and his spirit.In a short history, his real passion for music, was planted at a young age by his elder brother, when he received a recorded cassette tape of Sepultura. Since then, he attended every rock concert until 1995.In the early 2000s his passion for “Rage Against The Machine”, “Beastie Boys” & “Die Krupps” paved the road to what will become a wide collection of “FUTURE Sound of London”, “Orbital”, “The Orb” & “Underworld”. Which will set him on the path of electronic music.Always present in the rst electronic music clubs opened Bucharest like Studio Martin,Web Club, Karma and Zerillos.In 2001 he was driven to buy his rst turntables and went from being a fan of music to a passionate, real Dj with the help of Dj Kool and Dj Demos, and since those times, his passion for electronic music evolved to tech house, deep house, micro house and techno. To which he remained faithful.Now, his productions and sets are a strange genuine voyage into his own cosmic universe, where that huge void is in fact lled with stars transposed into dark sounds, and every planet is a combination between his music culture, passion and hard work. Always drawn by atypical textures, he manages to “vocalize” his own experiences by leading his crowd into his void. Somehow, all of that combined, resulting into an uplifting state of mind.His adventurous spirit transcends into the sets he plays, where we can make an ambitious comparison with the Haydn’s “Surprise”, introducing all kinds of unlikely elements such as old-school drum and bass or classical music.Throughout his career he played along: Keny Larkin, John Creamer, Art Department, Ellen Allien, Francesca Lombardo, Monika Kruse, Nicolas Lutz, Christian Burkhardt, Steve Lawler, Livio and Roby, kozo, Sasha Dive, Audio y, Io Mullen, Ion Ludwig and many more.