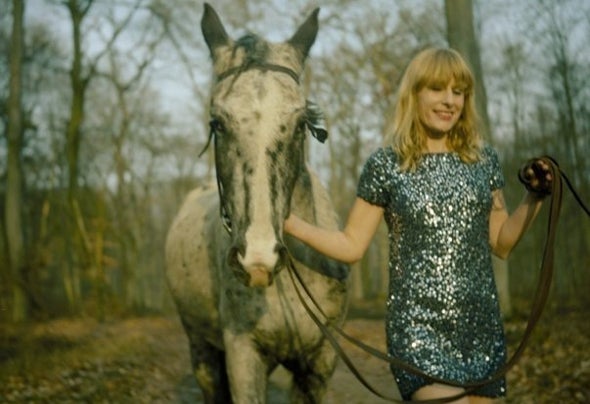 “The 'appaloosa' is a kind of horse, bred by the Native American Nez Perce tribe in the northwest of America. The breed almost died out, but was saved in the early 20th century.When I was about 10 years old, I saw an Appaloosa horse galloping along the sidewalk; it belonged to an old hermit who lived in the forest nearby, and the horse had escaped. I watched the horse run away, and I thought, "Wow!". Since then, this horse has been haunting me. Their coats are pretty amazing, sometimes, you would look at it like at the canvas of an act ion paint ing.Three or four years ago, I lived in Berlin for a few months. There happened to be a piano in my bedroom. I met Shara, who is a transsexual, super great lady. One night, I saw an old friend from Paris, Ant ek, who was part of Bernadet t e Corporat ion and co-authored the book "Reena Spaulings" (which is also the name of a fine art gallery in New York). Antek introduced me to Max. The four of us went to a karaoke on the same night. The next day, Max asked me if I wanted to do a cover of 'Nikita' by Elton John, and put out an underground EP of it; he loved the way I had sung it the night before. I was not into the idea.Max asked me to write a song. I wrote this first song about a shooting star. And Max came up with a melodyforit.”Anne-Laure Keib.