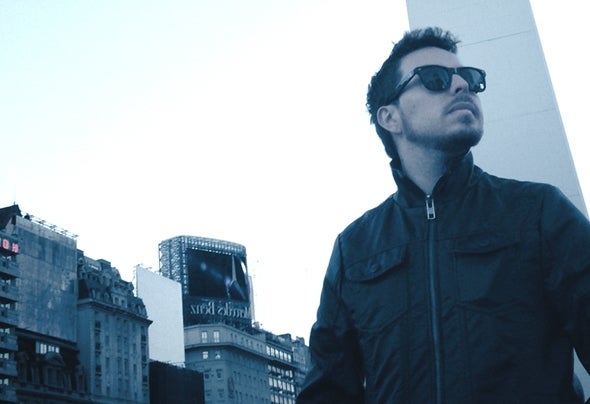 Francisco Guerrero also known as AKA Paul Lennar, is recognized by his own, dark, dense, atmospheric, strong musical style full of soft, deep, progressive rhythms and melodic lines. His productions come from the elegance of Progressive House to the acid keyboards with a lot of Groove and through minimalistic sounds that go beyond the deepest Deep Techno with also other elements. In 2009 he found his own sound and named it Epoc Music. Paul has had a characteristic sound “Im never satisfied, but always try to make better my sound and my muscal style” wich can be listened in his productions.Paul has a progressive and experimental vision in the Live Act with Ableton handling. He’s also recognized for his strength, technical skill and scratching talent, transmiting emotions and playing with the feelings of the crowd, always handling new trends with contemporaneous and forefront music. Lennar offers his energy and potence to the dance floor, as no one, his live acts and gigs are meticulously designed to make move people, his sounds are full of Deep Melody Techno & progressive Groove, with the experimental sounds of his Dj equipement.was born in Bogota Colombia, his first mixes and steps as a Dj were empiric in 1999, and were made with tapes mixing with decks and home turntables, experimented with genres as Techno, House, until he found his real sound. Paul started to make music in 2008 and worked as anonymous for five years, growing knowledge, His work is found in some of the most important labels around the world like: Proton Music (USA), Baroque Records (UK), System Rec (USA), Lowbit (UK) and many more. He has been supported as Dj and Producer by Hernan Cattaneo, Nick Warren, Guy J, John Digweed, Jody Wisternoff, Darin Epsilon,16 Bit Lolitas, Cid Inc, Flash Brothers, and many more.It is part of the roster artists Djs agency; Royal House Society, He has his own radio show called Global Dance Radio, with wich has added a lot of fans. It’s presented on moth, where hundreds of listeners follow him to experimenton air the latest live sessions of great national and international Dj’s guest mix with exclusive releases, promos and interviews. He has also be invited as Dj to play in other stations like Proton Radio, Frisky Radio, Digitally Imported. In his home studio he rebuilds tracks shaping out his own edition style.He's been on Tour for: Panama, Argentina, Peru y Colombia, He has played in opening warm up act for relevant Dj’s like: Armin Van Buuren, Cid Inc, Quivver, Nikko Z, Randall Jones, Cosmic Gate, Eric Morillo, Juan Deminicis, Luis Bondio, Santiago Niño, T homas Penton, etc Hopefully more original productions and remixes in the near future from this great artist. Register to have a monthly bulletin en on www.paullennar.com and keep up dated.