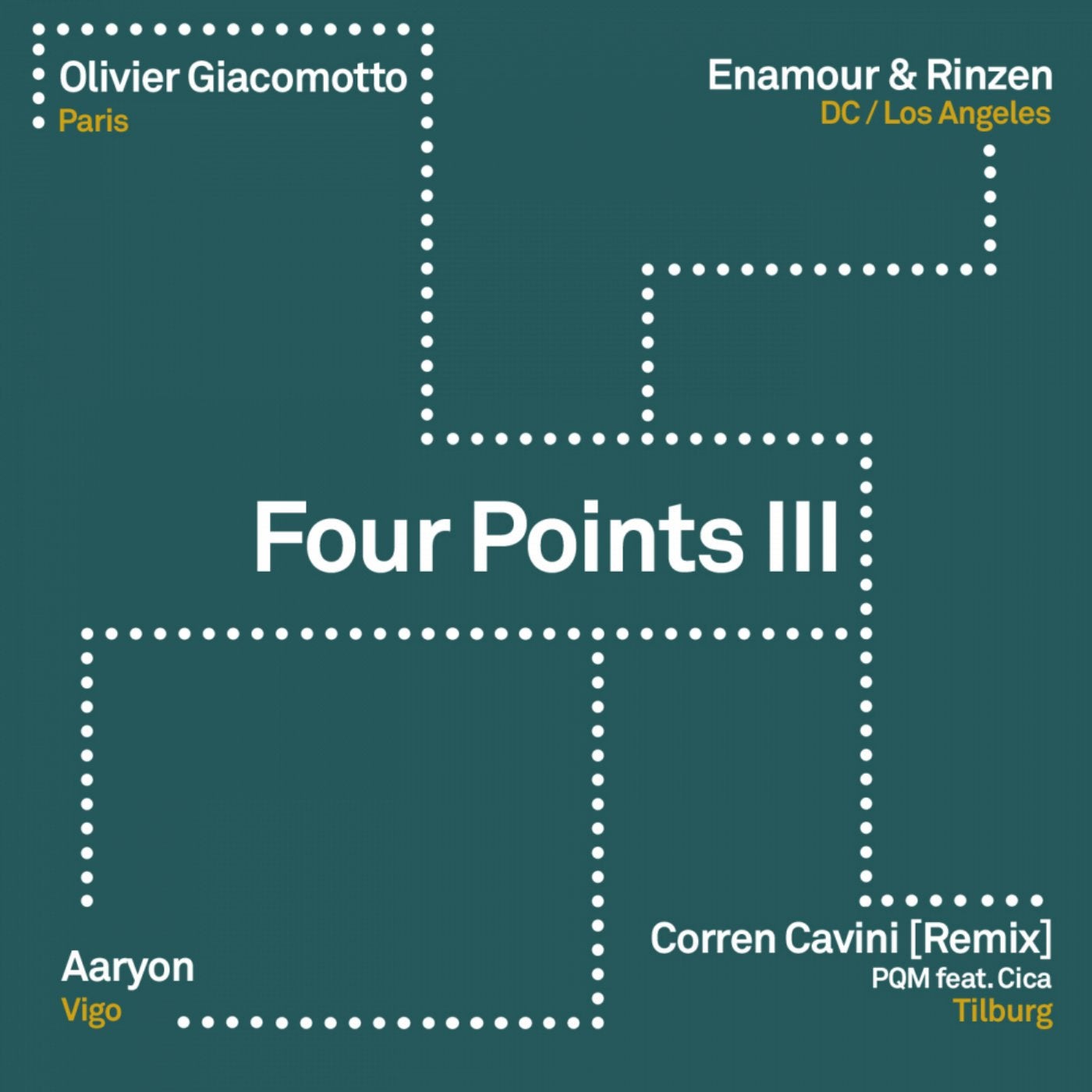 Yoshitoshi's Four Points series is about celebrating the vibrancy of different international dance cultures, bringing producers together from four 'points' across the globe to create something truly special. Now in its 3rd iteration, we're buzzing off the contributions to Four Points III. Each artist on the package brings their signature sound to the release, but we find consistency throughout in the melodic and groovy style of the music.

Representing Paris, France is Olivier Giacomotto, whose smash EP 'Elle / Lui' was one of Yoshitoshi's recent highlights. His track 'Breath' picks up where the EP left off, continuing the dark and trippy journey Olivier is becoming known for. The track is full of beautiful, fine details, shifting constantly through new sonic territories that leave dancers in a state of awe with its absolute funkiness.

Next we have a collaboration representing both US coasts, with DC-based Enamour and LA-based Rinzen pulling out all the stops on 'Quark.' Each of these guys has bubbled up strong over the past year and 'Quark' demonstrates exactly why. The track is a case study in precision-engineered production, with grandiose synth builds and riffs that flex like muscular tissue around the track's backbone, a wildly dynamic and punchy groove.

Representing Vigo, Spain is Aaryon, who made his Yoshitoshi debut in January with the Nos EP. 'Atica' dabbles in the sort of cool, nebulous, and experimental techno that makes Aaryon's sound so intriguing. It's perfect for easing into the night or bringing down a crowd that's spent the last few hours hopped up on sonic steroids.

Last but certainly not least is Corren Cavini from Tilburg, Netherlands, who won our Splice remix contest last year for his remix of PQM's Yoshitoshi classic 'The Flying Song.' Corren's mix grabbed our attention with its slowly developing sequences and clever use of the original vocal. Corren's remix is a stellar example of how you rework a classic.