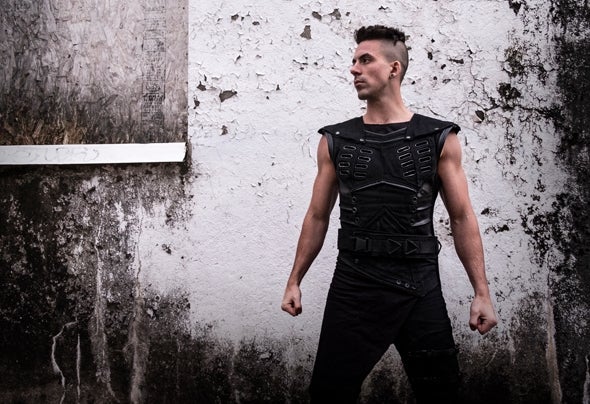 The Montreal based Draeden is a producer/DJ that has been playing and composing music for more than 15 years. Draeden’s passion for music was born in the ames of rock and metal where he developed his passion for the heavier side of music. While immersing himself in that scene, Draeden was also listening to and creating works in hip-hop, pop, classical and more. After discovering dance music and dubstep around 2011, Antoine decided to blend his eclectic tastes together. In the years that followed, the Draeden project was born. On top of Draeden’s musical interests, he is fascinated by the sci-, video game and cyberpunk worlds. Exploring these frontiers both musically and visually is just what Draeden is here to do. By meticulously merging the cinematic with massive bass drops, Draeden is bringing a whole universe to life. On July 12, 2019, Draeden released his debut EP, Conquest, complete with four tracks on Kannibalen Records. Since then he played as Direct Support to Adventure Club for the IleSoniq Pre-Party at New City Gas in Montreal, released his 12th Planet - Let It Bang (Draeden Remix) on 12th Planet's Swamplex ExtraTerrestrial EP and now just released his rst stand alone single, Arbiter, on Kannibalen Records.