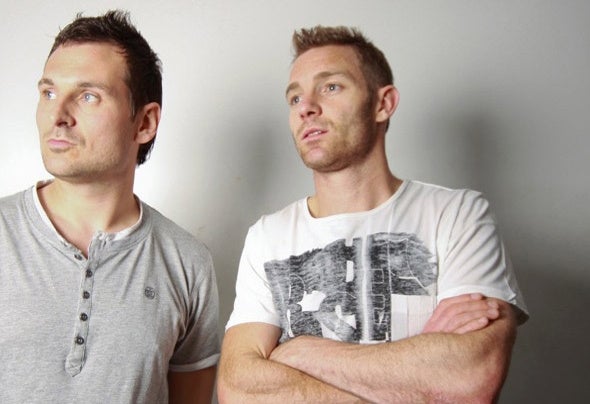 Jeff Langton & Daniel Sparham grew up in the drum and bass hotbed of Hornchurch, Essex, both attending secondary school with future DnB star, Shimon. Just a few short years later, Shimon was starting to make waves with his tunes on Andy C’s Ram Records. After going out to raves together and seeing the success of their Hornchurch mate in the mid-90s drum and bass scene, the two friends were quickly drawn in, and linked to form what would later become one of the most successful duos the scene, Moving Fusion.Responsible for some of the biggest drum and bass anthems of all time including 'Turbulence', 'The Beginning', 'Guy Fawkes', 'Chilli Pepper', and 'Atlantis', Moving Fusion's place in DnB history can never be questioned. The recently reunited duo has opened a new chapter in their history with recent tracks on Viper Recordings including 'Black Belt', 'Attention' and 'Tear Your Soul', bringing them back to the forefront of the scene they were so intergral in creating.