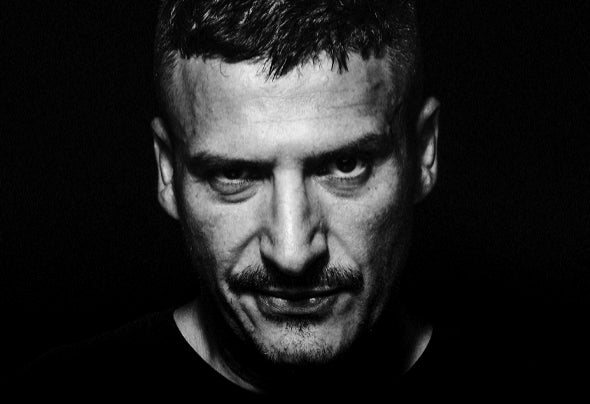 This very well known artist from the west of Andalusia (south of Spain) starts his professional career in 1987. His talent has placed him at the front of the electronic scene, managing techno and breaks styles. His name is seen in all the nightclub yers and sells records throughout the whole world. The entire story began when he decided to create a radio-show where used to play tracks from important groups such us Front 242, Nitzer EBB, 808 State, Orbital.. among others. In 1990 he left the radio station and took part in a new group project called The End, which used to play techno-pop in all its variants with straight influences of hip-hop, but this didn't take much long. From 1993 on, Rasco was already one of the best known deejays of his county, while used to play in the most famous nightclubs of his city introducing new styles such us Trance, Acid Techno, Goa, Jungle.. Soon, all the clubbers were familiar with his name which was seen in all rave and party yers of Sevilla, Cadiz, and Málaga, and he quickly became the representative deejay of his county (Huelva). After five years of constant work, he fund his actual booking agency and promoter. Another Dimension.., with the only purpose of organising parties to show new electronic music tendencies. At the beginning of the new millennium, he was booked by one of the biggest promoter companies of Andalusia, Satisfaxion, which carried out a big amount of important festivals such us ElectroMusicParadise, Tribal Nation, Esparrago Rock, SFX Live Dance Festival.. which helped him to grow in popularity. In these venues, he played techno and breaks with important deejays such us Adam Beyer, Rino Cerrone, Richie Hawtin, Kenny Larkin, Anthony Rother, Vicenzo, Adam Freeland, Freq Nasty, Rennie Pilgrem, Atomic Hooligan, Phanton Beats, Hybrid.. among the most important ones.