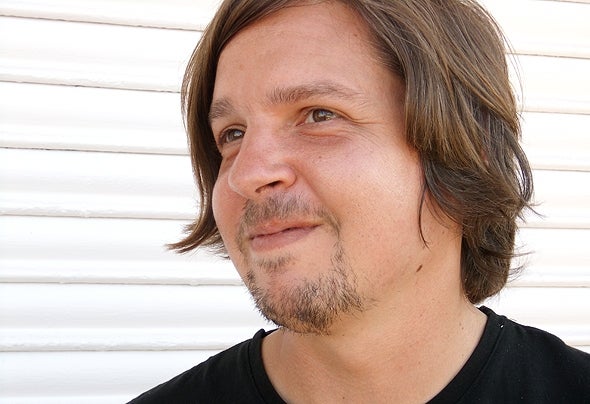 Born in Hamburg and still living there, Sven Wegner is one of the key producers for deep techhouse of the moment. His career started early when Techno was still big he was a resident DJ of the legendary Strom crew. Underground at its best , monthly at the famous wagenbau. But even if it was techno it had something minimal and a charming house flavour. And it still ha, today Sven Wegners Live sets and productions range form deep to groove Tech house with strong minimal influences always carring a good groove. He is a natural talent always trying to develop the music further to bring it a step ahead. It all started with himsitting with a friend in the studio, jamming, when the parents called for dinner and he was left alone with the machines. From there on he developed the typical Sven Wegner drum grooves, very sexy and very moving. Today he is a regular in Berlin`s Club Ritterbutzke, also traveling a lot in Europe to places like Basel or Vienna. He is one of the well respected producers, being played bx Catz`n` Dogs, Audiofly or Richie Hawtin. His productions for aromamusic or the shooting new label WAAP - We are all Prostitutes- are a gurantee for a packed saturday nite clubfloor. Last not least, he ist a great live performer and an impressing DJ. There is not much more to add than saying: keep it groovy, keep it Sven Wegner !