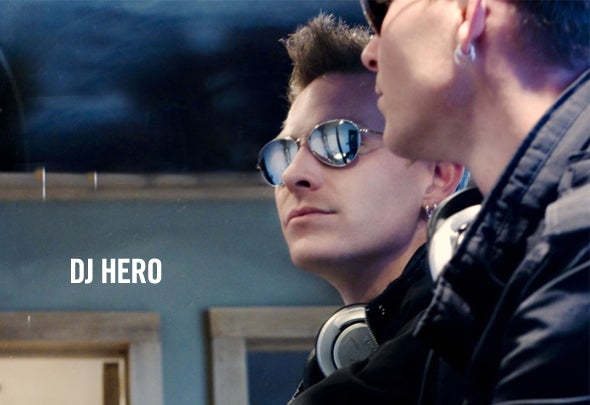 In 1995 DJ Hero began his journey in the dance music industry. Having started with trance, Hero has worked his way through the genres, playing what ever style music he enjoys. His journey has taken him all over the country and has provided him the opportunity to play with some of the greats of his time, including Carl Cox, DJ Dan, Paul Oakenfold, DJ Micro, DJ Icey, Huda Hudia and Bad Boy Bill to name a few. In 2000, DJ Hero starting producing, taking his experience as a DJ to find his niche in the production world. Once again, not letting the genre lines to stop him from producing what he wants, Hero has produced everything from trance, to breaks, to house, and everything in between. His music has received play around the globe by leading DJ's as well as local favorites. After a few years of studying the art and science of engineering sound Hero went on to work with Huda Hudia and Kaleidoscope Music as both an artist and engineer for the label. Together with Huda Hudia, DJ Hero has created a few Florida hits, Electro jams, and memorable singles. In 2003 Solitude Studios was created as a means to give DJ Hero the ability to provide work not only for himself, but whom ever wanted an engineer to assist in all kinds of projects. Solitude Studios has provided music beds, commercial editing, voice work, track engineering, and mixing and mastering for television, radio, DJ's and producers, no matter the genre or style. Today DJ Hero and Solitude Studios provide original music, voice work, audio editing, digital conversion, and mixing and mastering for several records labels including Kaleidoscope Music, Yes Mate, and Velcro City Records. DJ Hero's music can be purchased on www.beatport.com, www.kalmusic.com, and www.digitalrecordstores.com.