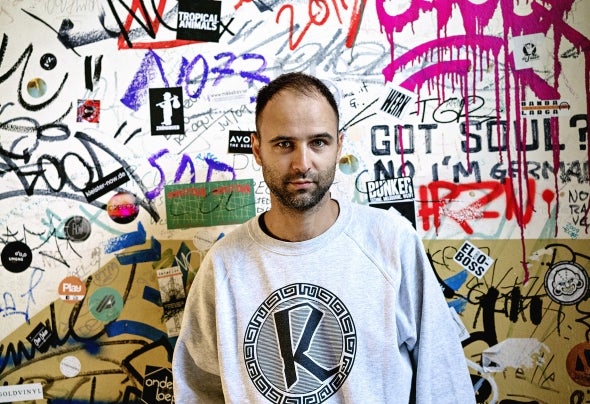 In an age of disposable trends and media saturation, a change of pace can be a revelation. Through his lifelong dedication to the craft, Berlin bass DJ Orson is proof that a richer connection to music is still possible – a connection that prizes quality, community and consistency over forgettable fads. Born in Düsseldorf and raised on a diet of jungle and D&B, Orson Sieverding has spent over a decade as dubstep’s chief ambassador in Germany. Through his Version clubnight, which launched at Düsseldorf’s Salon Des Amateurs in 2006, the DJ, producer and label owner has been spreading the gospel of UK bass music to Cologne, Wuppertal and, for the past 10 years, to Berlin. A haven for Berlin’s dedicated basshunters, Version brings sound system culture to the intimate confines of OHM, a disused power plant near the banks of the Spree. Run with his fellow DJ Hops, over the years the party has welcomed countless dubstep originators like Mala, Loefah, Shackleton and Peverelist, as well as bass chameleons like Scratcha DVA, Laurel Halo, Ben UFO and Ikonika. But Version is always moving forward, says Orson: “I like to open up the audience and surprise people – I like the in-between things.” His dedication to soundsystem culture was forged as an early attendee of the legendary DMZ and FWD>> raves in London, where he was exposed to the life-changing low frequencies of dubstep. On his frequent pilgrimages to London’s bass mecca, Orson documented the city’s thriving grime and dubstep scenes, filming at pirate radio stations while also contributing to German music magazine De:bug. Immersed in the culture of dubplates, pirate radio and sound systems, he brings a rich musical legacy into the present day through Version, an antidote to throwaway culture and disposable listening. “Once you’re in a position where you can create these things yourself, then you do it,” he says of his commitment to old school principles. “Unconsciously you realise your dreams.” The Version label is also founded on these principles, as a close-knit community of artists including Agrippa, Yak, and new Piezo. “I’m in a bit of a bubble – it’s very personal,” he says. “But there’s so much going on that I’d rather have the tunes that I really want and know that I discovered them.” Always striving for the highest quality, he produces multiple test pressings of each release and personally delivers the final product to Berlin’s record stores, “just for the love.” In recent years Orson’s DJ sets have become “more and more free,” weaving the full range of tempos into his half-time home territory. Meanwhile he hones his dubplate-heavy vision of contemporary bassweight through Version’s regular slot on Berlin Community Radio. In 2019, he’s set to extend the Version legacy with another year of world-class bookings at OHM and new releases from Piezo, Yak and Benny Ill, as well as material from his own studio, with a long-awaited debut LP currently in the works. Choosing steady evolution over trend-chasing reinvention, Orson has become a master of his craft through passion and persistence – a true don of the bass movement.