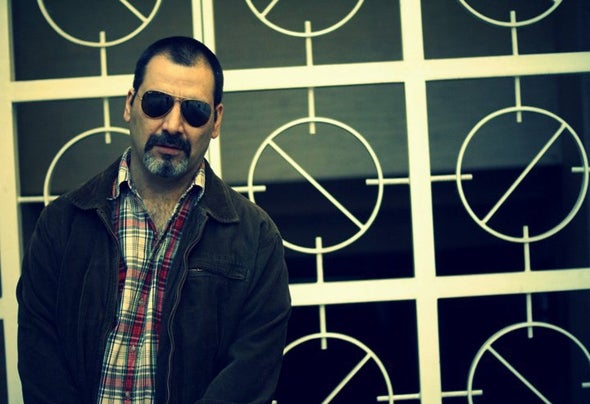 Since childhood, he knew that music, making people dance and have fun was his passion. Influences such as Simply Red, INXS, Prince, Nitzer Ebb, Then Jerico, Thomas Dolby helped him make his dream a reality.Starts looking for ways to play music to audiences broader than his own family, and so he reaches 16 years of age as warmupper in one of the most influential clubs in the province of Buenos Aires (Whidad).From then on he began his career, playing for big clubs, organizing events in which a wide array of DJs participated, and became part of one of the biggest clubs of South America (Amerika), playing every night for a crowd of more than 2,500 people.Resident DJ for 6 years in the largest gay club in South America (AMERIKA DISCO – WWW.AMERIKA.COM.AR) he puts on careful and perfectionist live performances. Music quality is a constant in his sets and he is very personal about it, making audiences feel the music with all their senses. As warmupper, he is a DJ who respects the ones coming after him, leaving the dancefloor at the right temperature to showcase the main DJ.In 2006, he discovers music production softwares and since then every sound he creates or imagines is put in his tracks, that are built and mixed in the most detailed fashion. His personal style is predominantly Progressive House and House in all its forms, experimenting on the DJ booth and sensing the mood of people, thus ensuring total control of the dancefloor and the ambiance.By the hand of Hernan Cattaneo, in 2008 his musical productions are known and recognized worldwide, his remixes being played in one of the most iconic and respected radio stations in the world (BBC Radio1).With hard work, good sense and effort, he gets one of his bootleg remixes to be one of the most viewed on the Internet for a South American DJ/producer in the YouTube video channel (Depeche Mode – Free love – Daneel bootleg remix), with a total of more than 200,000 visits/plays around the world.His references when defining his DJing and production style have been Frankie Knuckles, Hernan Cattaneo., Danny Rampling, John Digweed, to name a few.His productions and remixes got him the recognition of DJs around the world, such as Hernan Cattaneo, DeepMariano, Oliver Moldan, Erick Morillo, Kenneth Thomas, Bs As Deep, Guille Quero, Tarkan, Gabucio, Facundo Mohrr, Marcelo Vasami, Yamil Colucci and others, who often use and chart his productions.Daneel has proved big name artists that with his many bootleg remixes he can turn any song into a floorfiller, making him one of the most in-demand remixers.