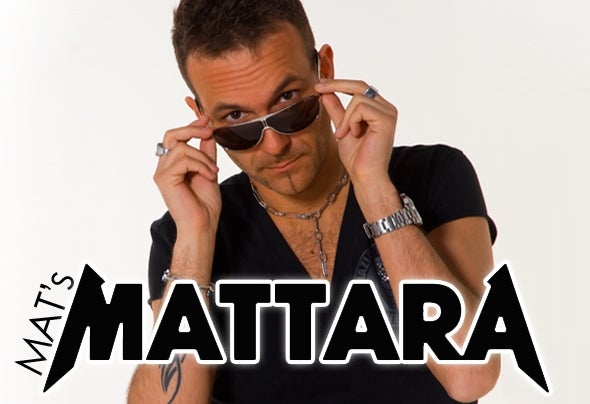 His productions and his remixes including PITBULL, SOPHIE ELLIS BEXTOR, LUMIDEE, DUKE, BARBARA TUKER, MICHELLE WEEKS, ROCHETS, NICOLA FASANO, GALA, COOLIO, CAROLINA MARQUETZ, GIPSY KING, SEAN PAUL, UNDERDOG PROJECT, NOELIA, are taking him all over the world.In recent months, remixed MADS LAGER with "You're not alone" and also remixed for YOLANDA BE COOL with "We do not speak Americano, which led to be among the most popular versions by dj. In 2008 he produced his single "Send the message" containing the sample of Mory Kante "Yeke Yeke" that had an international hit bringing the disc to be summer 2008 in Italy, in Europe and among the top 50 in the United States . In 2011 with the MAT’s MATTARA feat. RockMan - “Opera” has literally invaded the club charts all over the world and is used by top DJs. In 2012 with the single MAT's MATTARA Feat J.Be - “Let's Party”, has reached the Top 10 Beatport Chart General and the first position in Beatport Progressive House Chart. In the last week with STEFANO MATTARA Vs ALEX AVENUE - “Tango” , in addition to Top10 Beatport House Chart for 6 weeks now about to be published in many countries of the world