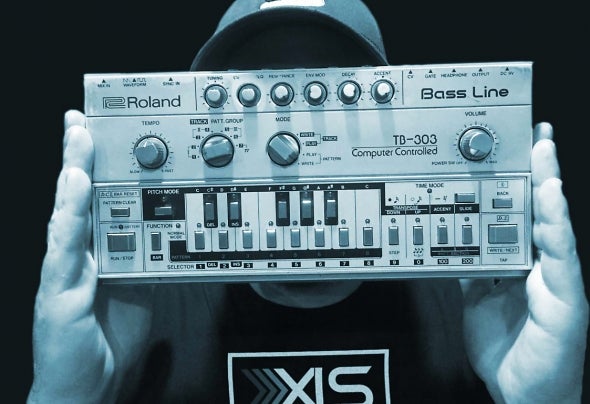 As one half of the production duo Aponaut, XLS has been pushing his hard dance sounds through the rave and club scenes with live performances under various names since the early 90s. XLS had his first solo release on M-Zone’s Warning Records in 2002. “Destruction” became a free party staple in the UK, and was re-pressed on the LaCargo Most Wanted EP from Deep Mission Limited in 2009. It remains a highly sought-after release all these years later. Flash forward to present day. After a lengthy hiatus from the studio, XLS has teamed up with Hyper Reality Records and come back with a vengeance. 2015 marked the re-launch: in addition to multiple Aponaut releases and remixes, XLS provided a remix for Renegade System's massive "Scorpius", and released the huge track "Future Tense", topping hard dance sales charts in the process. Since then, he's been on a roll – more releases with Hyper Reality, remixes for UK44 sub-label TYT, releases with Error303 and GT Digital, and hosting duties for the hugely popular Hyper Reality Radio show on di.fm. With all this and more in the works, it’s safe to say XLS is eagerly taking up the battle to bring hard trance back to the limelight – where it belongs!