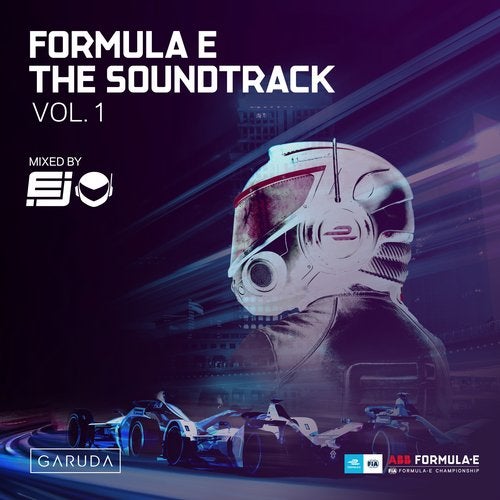 Taking it upon himself to create the perfect sonic backdrop for the 2018/2019 Formula E racing season, EJ goes full throttle with a nineteen-piece soundtrack that will take center stage at the global street racing championship. Offering up a seamless, self-amplifying mix that ties in Garuda's avant-garde sound with the cutting-edge Formula E racing world, the mysterious Trance & Progressive persona fuels the madness with staple records from artists such as Alex Sonata, Ashley Wallbridge, Cosmic Gate & Jason Ross, Darude, Estiva, Gareth Emery and Omnia, as well as three cuts from EJ himself and exclusives such as Alex Sonata's 'S.O.S.'

Poised to take over the gamut of prestigious clubs and race circuits at popular destinations such as Monaco, Hong Kong, New York, Paris, Berlin, Santiago de Chile and more, 'Formula E: The Soundtrack Volume One - Mixed by EJ' distills the essence of this fast paced racing world and brings you to the center of the action. Buckle in and turn it up!