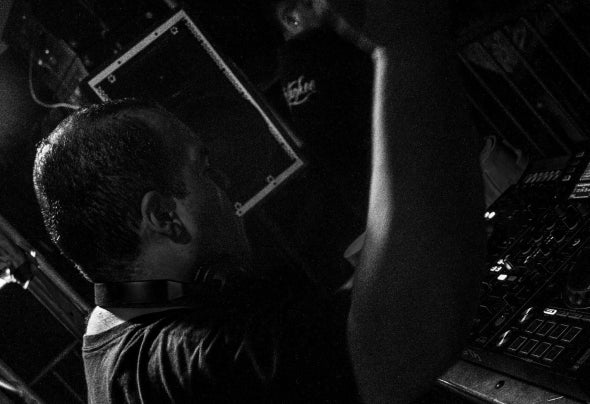 Guillermo Dominguez, aka Guillermo DR is the new talent mexican. In 2013 Guillermo experimenting with strong acids, dry sounds, giving to start creating minimal tech, which until 2015 led him to sign his rst ep, this under the name of Groove System, with which was bringing and studied his aggressive style on the beats. Currently Guillermo has been introduced into the world of techno which takes you back a little to his rst productions but with a darker, deep, aggressive, rm and strong style expressed in very good shape. After experimenting with fresh and Latin sounds, under house and Tech House rhythms, he decided to focus on darker sounds, strong, solid bases, with dynamism without neglecting the fresh sound, as well as implementing melodic and industrial sounds. This is how little by little it was consolidating its characteristic sound, under a dark, strong and dynamic techno. Sound that has been heard in many different parts and important events such as Berghain Panorama Bar in Berlin, Bpm Festival, Contact Festival in Munich, CRSSD Festival, UMFC - Resistance, Constelación Bar in Liverpool, Database in Romania, Freedom Festival in Colombia, HardPop in Mexico, as well as on the BBC in London. The above from the hands of great artists on the world electronic scene such as Amelie Lens, Charlotte De Witte, Deborah De Luca, Richie Hawtin and more ..