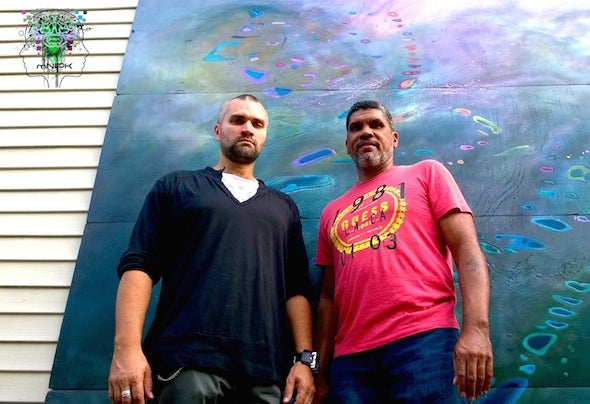 mNIPK is the DJ/Production duo of Philippe Gerber and Chris Gilmore, who share a lifelong passion for electronic music. Both are talented multi-instrumentalists and solo artists; Philippe as JOHN 3:16 and Chris as FluiD. Together they produce a sound that is both atmospheric and bass heavy.Formed in early 2010, mNIPK started as a duo consisting of Nate Ford (samples and keyboards) and Philippe Gerber (Beats, bass, production). Nate Ford is a Canadian musician and a gay rights activist now living in Paris. He’s also the founder of the Techno label Milligrid Records. In 2011, mNIPK released a 2-track EP ‘ATF14/GT17’ (ALRN014) and its' debut album ‘Paul Auster’s Tears’ (ALRN011), which included a guest appearance by Chris Gilmore aka FluiD. Both releases were via the American imprint Alrealon Musique. In 2012, the EP 'MNITalairach' (MGEP0001) was released via Milligrid Records.In 2012, Nate Ford decided to stop producing music. That same year, he also stopped co-managing Milligrid Records. This left Philippe to carry-on as sole manager of Milligrid Records, a position he still holds today. In 2012 Philippe released two EP’s on his own as mNIPK,'T RIB36’(MGEP0003) and ‘cDNA’ (MGEP0004) both on Milligrid Records. In 2014, mNIPK is back to being a duo with Chris Gilmore (FluiD) joining the project. Together they are working on a new release, due out sometime in 2014.