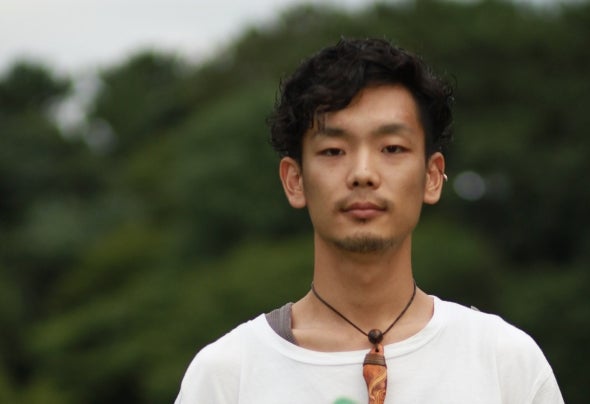 Miki Shinichi is the supernova born in Osaka’s techno music scene in 2009.Under the name “Cherry”, and his trademark, a mask, his mystic sound fascinated Osaka floor people.In 2010, revealing his face and name, he started the new stage of his musical career.His original and unique expression is consist of filtered Techno, Tech House, Minimal Music, DEEP HOUSE, and so on,by his no-preceded sense.he established DJ play is supported by the career that has served as the support of a lot of overseas artists who come to Osaka(ex. SANDWELLDIST RICT, MIRCO LOKO, ROBERT DIET Z , T OM CLARK, Frequency7, CHRIST IAN VARELA, etc...).Not only as a DJ, he sefl-released his original tracks “It Doesn’t Know” and “UP DOWN” in 2009.It entered 2010, he also did a variety of Remix work and new another track makings, and established a live act named 4CDJ LIVE SET.He also has host his own party “PHAZE” with Naoya Sugimoto in Osaka.And, he starts up brandnew music label"Leaves Records"of the Japan sending with sworn friend Iori Wakasa. He is one of the most expected artists in Japanese dance music field.