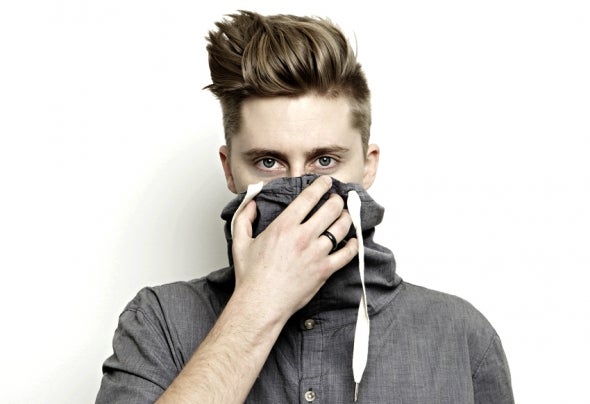 Since he left his role as a respected indie producer and drummer, and threw himself into the alluring dark paths of the electronic club scene, things have only moved in an upward direction for HOLTOUG.With several podcasts on the infamous Danish national radio show, UNGA BUNGA, live performances at the three best and biggest electronic festivals in his native Denmark; DIST ORT ION, ST RØM and T RAILERPARK, the Copenhagen based producer and DJ no longer needs any introduction in his homeland.Outside Denmark however, what little people know of HOLTOUG comes mainly from a string of successful bootlegs and most have still to experience the musical depth he put into his own productions as well as his live- and dj sets.But to be fair, people haven't really had much of a chance yet, for apart from a few live sets in Barcelona Brussels and Copenhagen, HOLT OUG has throughout 2012 remained a very well kept national secret.The last many months he’s spent tirelessly working away in the studio with no sign of life to the outside world, but all that is about to change, as the result of all these long nights are now about to see the light of day in form of releases on Connaisseur Recordings and Electronical Reeds.One thing's for sure.The Danes won't be able to keep HOLTOUG to them selves much longer.