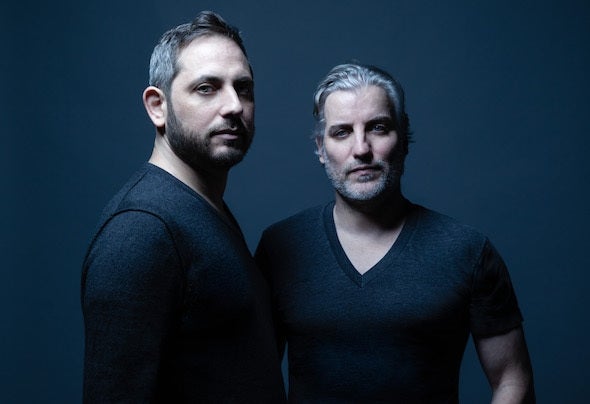 New York-based duo UpAllNight was formed by house music legend John Creamer and Noam Rubinstein in early 2018 — and they have generated excitement and interest ever since. Their debut release "La Dolce Vita", charted Top 10 in both the House & Progressive House charts on Beatport when it landed winter 2019 — followed by the #1 melodic house stormer, “Way Out” (Eyedyllic Records) this Spring, and their recent acclaimed late Summer remix of DJ favorite, "4Eva” (A Eye Records). UpAllNight's unique sound combines Rubinstein's contemporary, stylistic approach with the unmistakable production aesthetic that has made Creamer a household name for three decades. (Thanks in no small part to the many singles and legendary collaborative remixes of seminal acts such as Moby, iiO, Kosheen, Satoshi Tomiie, and many more.) According to the guys, "We bring different attitudes and different sensibilities to the production process – and end up with a sound that neither of us could have reached on our own, but that we feel could work great in any set. You could say we identify as ‘genre-fluid’.” UpAllNight's tracks are already getting early support and notice from legendary selectors including John Digweed, Hernan Cattaneo, Dave Seaman, Kenny "Dope" Gonzalez, Mr. C, Hector Romero and many more. With new originals, singles and remixes in the pipeline; a debut EP in the works; and releases forthcoming on Eyedyllic Music, and others — UpAllNight are wide awake and just getting started.