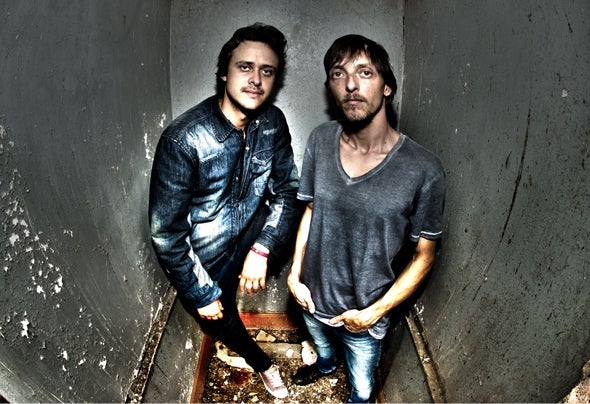 " KILL THE QUEEN " Was created by the producers Enzio Abbruzzini & Gustavo Chateaubriand. Together they bring a fine level of versatility and updated moderninfluences on their music, with trendy ideas and unique sounds they guarantee to the audience a perfect environment. Their set goes from smooth and fine progressive house tothe massive electro-house bombs! At this point we can all agree that their performance is going to heat up any dance floor around the globe. To understand more about this two wecan check out t heir background experience. Enzio Abbruzzini born in São Paulo on 80's, he has a long journey thru the electronic music scene, graduated on audio engineering at IAV he start his career producing IDM on 2001, after that on 2003 he develop new projects "Killer Buds & Insect Seeker" both more heavy and aggressive inside the Psytrance scene, with this projects he release many tracks around the globe among the finest labels at the time. On 2005 he develop a new project called "Mad Hatters" a project that had great highlight on the scene at the time, they also made many tracks with well known top producers such as Shant i Makt in, Eart hling, PTX, Hujaboy, GMS (Riktam & Bansi) and Wrecked Machines. Gustavo Chateaubriand born in São Paulo starts his career at 14 years old playing at some partys and nightclubs, on 2006 after get more experience he starts to make his own music and after that he was part of many projects setting trends and liability on his music. He has graduated at the only University for electronic music in Brazil. Nowdays he produce music under the name of well known projects such as Elevat ed Mix & Viollex, wit h t his project s he played all over Brazil at the best clubs and partys, also released many tracks with the finest labels nowadays, that way he was point as one of the promising new projects from the Brazilian scene. So after such long history it's easy to understand why this project has such a fine taste and power on t heir product ion, embrace t his unique experience and feel it on the dance floors.