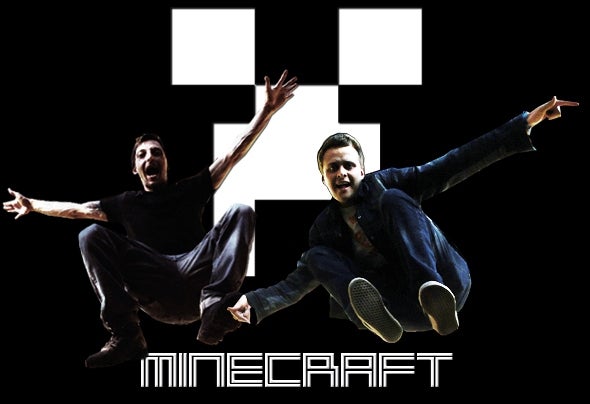 "MINECRAFT" is a project created by the producers Enzio Abbruzzini, Gustavo Chateaubriand & Rodrigo Riviera. The union of these three artists brought versatility and modernity to this project; their tracks bring innovative ideas with remarkable timbres and captivating vocals, connecting the public into a single energy.Enzio Abbruzzini Neto is a producer born in São Paulo in the '80s who has a long relationship with music. Graduated in audio at IAV, he starts his career as an EDM producer in 2001 with his solo project "242 Oz". In 2003, Enzio, Marcelo Espindola and Tarcisio Mainardi create the projects "InsectSeeker" and "Killer Buds", having their tracks released by diverse national and international labels, and playing at the largest parties and clubs around the world.In 2005, Enzio and Daniel Younis start the project "Mad Hatters", which earns great distinction nationally and internationally, playing in the main festivals, parties and clubs around the world. They did songs featuring Shanti Maktin, Earthling, PTX, Hujaboy, Life Style, Audio X (Gabriel Rocca), Mora & Naccarati, among others. They also produced remix versions of tracks of artists like GMS (Riktan & Bansi), Shanti, Wrecked Machines (Gabe), Earthling, among others.Gustavo Chateaubriand, born in São Paulo, starts his career as a dj at the age of 14, playing in several parties and clubs and earning national recognition. In 2006 he decides to produce his own music, thus starting his career as an EDM producer. He has participated in several projects, releasing trends under diverse pseudonyms.Having graduated from electronic music at the only Brazilian university offering this program, he develops the projects Elevated Mix & Viollex and plays in great parties, festivals and clubs in Brazil. He releases diverse songs through different national and international labels, having his project Viollex cited as the highlight of the new batch of national producers. Rodrigo Riviera starts his career at the age of 12. He studied percussion at IMT, which is one of the largest music schools of Latin America. He has played in every corner of Brazil with diverse bands. He starts his career as a dj in 2006, earning recognition for his precise and captivating remixes. In 2010, he creates Viollex with Gustavo Chateaubriand. That project earns national recognition as they play in great parties and clubs. Several national and international labels have released Rodrigo’s songs.