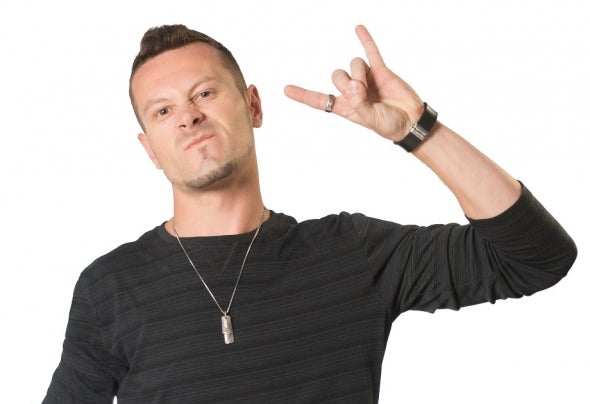 Sweat pouring, fists raised, an army of party-goers stomping to the same beat, there’s little doubt that BassTrixx is the 5- Star General of the party scene. This musical mastermind has been decimating dance floors with his Dirty Dutch beats in clubs and venues all across Canada.Standing beside other artists such as Dada Life, Spencer & Hill, and Lazy Rich, BassTrixx has always left the crowd frenzied and wanting more. The energy he provides comes from his standing order to those in attendance: get dirty, get crazy, have fun. To help his followers meet this command, BassTrixx has a salvo of musical ordnance he created and plays: mash-ups and bootlegs of Top 40 hits, underground anthems, and his own produced tracks, under his own name and the alias Ossium, available on iTunes.But those aren’t the only accolades pinned to this general’s chest—With the WEMF (World Electronic Music Festival) behind him, BassTrixx took his production skills to the next level and gained formal education in audio engineering & musical production. He then went on to design an EDM/DJ Program for Okanagan Collage. The best way to grow your army is to train your own soldiers.With a loyal listener base, premier DJ and production skills, and all out party mindset, BassTrixx comes to every event armed and ready. Some step up to the decks to drop bombs, while artists like BassTrixx create revolutions on the dance floor.