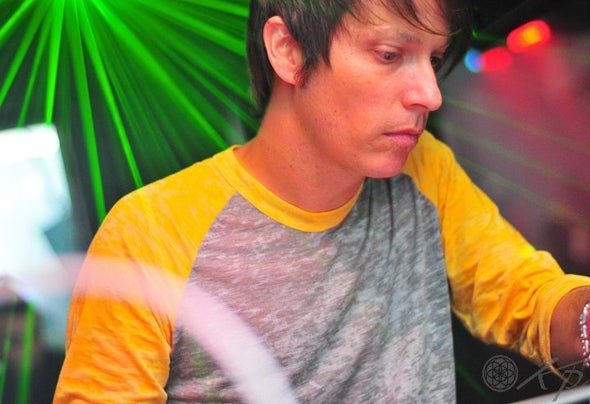 Treavor Moontribe is one of the founders of the Los Angeles based “Moontribe Collective” and its legendary full moon desert gatherings. Since 1993, these events have been at the core of Southern California’s underground electronic music scene and these events are still ongoing to this day. Treavor established himself as one of the top DJs in LA through these events and has since traveled the world from Brazil to Japan to Morocco, Portugal, Germany, and all over North America. As a Dj, it’s always been his diversity that’s set him apart, as his love for music spans multiple genres, and his DJing reflects this. Over the years Treavor has also established himself as a dynamic music producer having released music under several project names. His most notable project is Desert Dwellers with his partner on the project Amani Friend. In recent years he has started a new solo project called PheuZen that focuses more on Electro Breaks, Halftime Bass, and abstract forms of Electronica. To top it all off Treavor runs two music labels called Dreaming Awake and Alien Breakdance.