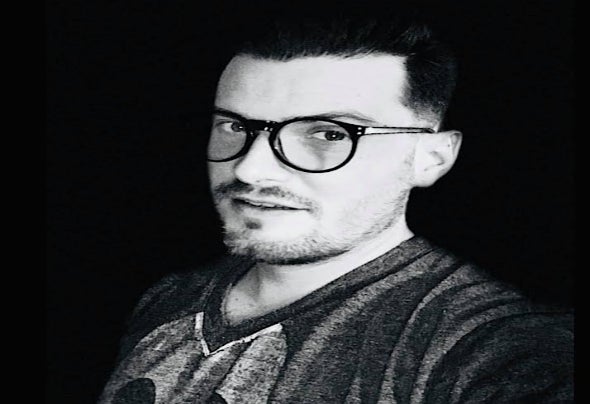 Franco-Italian electronic music artist with varied universes. Jim was born in the south of France and bathes from the cradle to the sounds of the many vinyls of the family home.  It was in the 2000s that he moved into electronic music as a DJ, in many places on the French Riviera under the name of D’Faz. But it was from 2012 that he moved to a new level by distributing his music on renowned independent labels (Germany, Argentina, France, Italy ..).  It gains special attention from renowned artists, such as Max Cooper, with his EP Space Alchemy, thanks to which he was able to place himself in the charts; or the New York duo Fischerspooner, for which they will perform the remix of the track "TopBrazil" in 2019 and the remix of their memorable track "Emerge" for a new 2020 edition which will be released in December 2020, with a remake of the video clip made by him.  Animated by a creative energy , his music alternates between techno rhythms and complex melodies, with deep forms filled with color