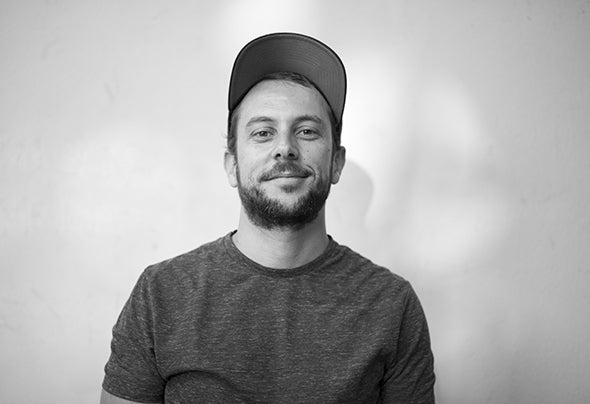 After training as a classical pianist, Jean-Baptiste felt the need to break free and he migrated toward metal music, learning to play instruments like the electric guitar, percussion, and drums. That led to his discovery of afro-beat and more generally speaking jazz-funk, and his first outings to the club scene, where his fate was sealed. Electronica and more specifically minimalist music got under his skin and won’t let go. He used business school training to secure an apprenticeship with the underground Paris-based label Versatile. There he rubbed elbows with some of his peers, like the label’s founder, Gilbert Cohen, I:Cube, DJ Gregory, and more...As he entered the world of DJing, he began in residency in one of the leading clubs on the Paris scene, the Folies Pigalle, which naturally led him to the production studio. In the end, it was with Shiba San and his brand new label BASEMENT LEAK that Jean- Baptiste’s music found its first home. The track entitled “Love” (the very first he cut), in the purest Guetto House tradition, was even signed in 2016. After wrapping up and sending some production pieces to some artists he adores, the buzz was all positive. Damien Roussel, aka the Mekanism (Play it Say it, 20/20 vision), fell under the charm of his groove and he instantly came up with the idea to co-produce. The fruit of this collaboration was then taken up by Mihalis Safras and his Materialism label, with a vinyl and digital release in November this year (2017). Another one of his tracks was played in May on Tim Baresko’s podcast and Dakar on the Cajmere label (Cajual Records), one of Jean- Baptiste’s touchstones in the genre. These are some promising first steps for this young producer, whose passion and overflowing positive energy flows right to the heart of his creative process and directly into his DJ sets.