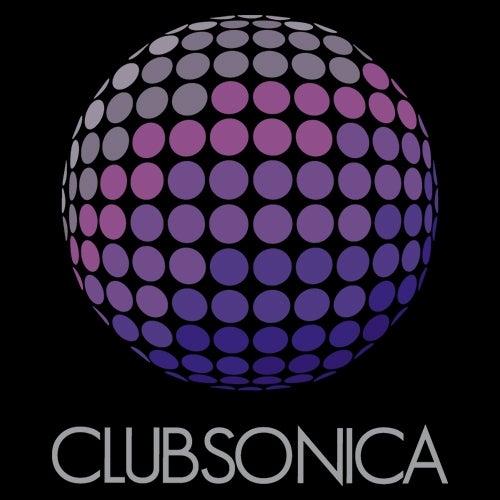 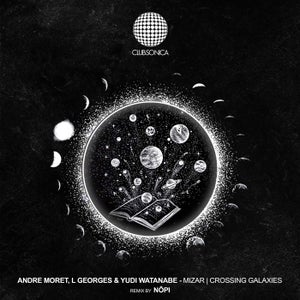 The latest release from Clubsonica Records finds Yudi Watanabe, Andre Moret and L Georges presenting their first ever collaborations. Based in Brazil and firmly entrenched in their country's progressive music scene; Yudi, Andre and L Georges have all achieved measurable success in their respective careers. A collective discography showcases standout releases via Balkan Connection, Droid9, Mango Alley and Nature Rec. Also well regarded amongst the world's electronic music tastemakers, the Brazilian artists have earned play and support from Hernan Cattaneo and Nick Warren. Now joining forces for the first time, Yudi Watanabe, Andre Moret and L Georges continue what has been a great year with their Clubsonica debut 'Mizar | Crossing Galaxies', alongside a remix from Nōpi.

Beginning with 'Mizar' there is an immediate sense of how strong the creative synergy between these three Brazilian talents is. Featuring a smooth progressive narrative; Yudi, Andre and L Georges craft a foundation of warm beats, buoyant rhythms and electric effects. Its robust low end is full of character and shape, positively charged and perfectly playing off the trio's arpeggiated rhythms. The first of two breaks serves to reset the groove and introduce waves of melodic fragments which add colour, depth and emotion as the first act reaches a gentle crest. Coming to full fruition during the second break, tasteful modulation marries with placid pads for reflective moments as the thumping groove drops for a smooth finale. The companion piece 'Crossing Galaxies' follows a similar sonic aesthetic with its smooth energy and radiant atmospheres. Low slung tones power the spacious groove, while interwoven arps add a quirky rhythmic flair leading into the break. Tense and hypnotic in equal measure, the centrepiece evolves through colourful modulation and atmospheric phrasing, eventually reaching a gentle apex and paving the way for cosmic conclusion.

The release concludes with Nōpi making his label debut and providing the lone interpretation of 'Crossing Galaxies'. Having first appeared in March of 2019, Nōpi has enjoyed a meteoric rise through the organic house underground. In just two short years the Ukrainian artist has found a home on All Day I Dream, Anjunadeep, Do Not Sit On The Furniture, Sound Avenue and TRYBESof. Now at just 25 years old he sits as one of the Ukraine's most talented musical exports. Continuing what has been a breakout year, Nōpi adds Clubsonica to his resume with a gorgeous rendition of 'Crossing Galaxies'. The Ukrainian's creative prowess beams brightly once again, as he expands on the original narrative with rich organic qualities and additional vocal elements. A mystical sense emanates through the smoky atmospheres and arcane arps, all perfectly juxtaposed with unconventional chord changes and a warm, rolling groove which underpins the track and translates its spiritual message to the dance floor. A stunning rendition from Nopi which rounds out a must-have collaborative project from Yudi Watanabe, Andre Moret and L Georges.