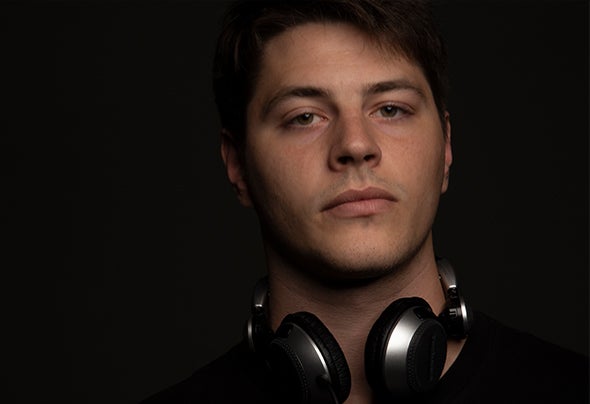 Nico Szabo, DJ / Producer native from Buenos Aires, Argentina, born on May 31, 1995. He began studying music at the age of 12 with guitar and bass, which play a big part in his music. Upon graduating from Arjaus as a music producer he delved into the Progressive genre in which today he is setting trends on labels such as "The Soundgarden", "Balance Series", "Trybesof", "onedotsixtwo", "Sound Avenue", "Balkan Connection", among others. His melancholic sound landed on Nick Warren's hands through his hit song "Soledad" which became part of the "The Soundgarden - Balance Series" reaching artists such as Hernan Cattaneo, Lee Burridge, Guy J, who enjoy sharing Nico's music on their sets in many occasions. After Balance's release, Warren asked Nico for more music, in this case dedicated to his label "The Soundgarden". Thus was born "Stampi", one of the most successful songs in his repertoire. This is how Nico aroused the interest of artists like Lee Burridge who signed his song "Raccoon", a track that held the podium in Beatport's Organic House category for many months. His last release was on "onedotsixtwo" with an EP that has the support of artists such as Guy J, Hernan Cattaneo, Nick Warren, Ezequiel Arias, Antrim, Eli Nissan, among others. While Nico prepares new music, he does not put aside his career as a DJ and together with his production company "BelongTo" he is having incredible events.