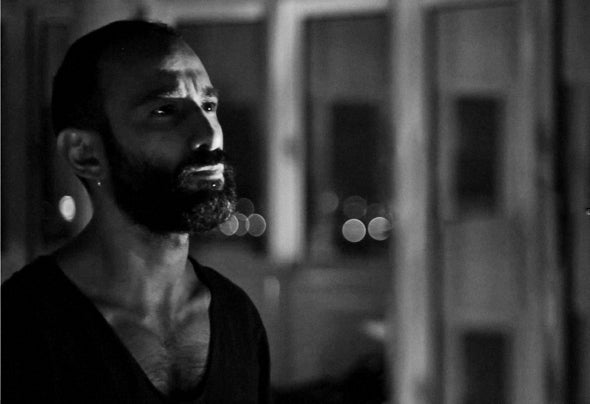 Fabrizio Nocci is an Italian composer, performer, dj and techno producer.Nocci's work explores the meeting points of many contemporary artistic languages. His activity as a composer includes instrumental music, for orchestra and ensemble, experimental electronic music and electro-acoustic music. He collaborates actively with directors and video makers in the production of music for films and experimental videos. Furthermore, he writes music for theatre and dance shows. Since 2007 he collaborates, among others, with video artists such as Lillevan and Philipp Geist. He also has numerous collaborations with soloists, ensembles and orchestras: he has composed for Tetraktis percussions, the clarinetist Alessandro Carbonare, the Lviv Symphony Orchestra, ‘L’arsenale’ ensemble, the group ‘Octandre’ from Bologna and others.He also gave lectures and Workshops at universities such as the UdK and TU in BerlinHis music has been performed at the Lucerne Festival of Zurich, at the ‘Teatro Lingotto’ of Turin, ‘Teatro la Pergola’ of Florence, at Potsdamer Platz, Berlin during the "Festival of Lights", at the Ravenna Festival, at the XXXV ‘Cantiere Musicale’ of Montepulciano, at the ‘Teatro Politeama’ of Trieste, at the ‘Goethe Institut’ of Rome and Palermo and in other theatres, auditoriums and festivals in Rome, Berlin and New York.StyleInspired by visionary composers such as Iannis Xenakis, Fabrizio Nocci presents innovative shows trying to overcome what he calls the “frame of a show”. Crossing these borders means to alter all the constituent parameters of the performance: length of the concert, space among musicians and sound sources, contextualization of atypical settings for the presentation of shows, integration with other forms of art (video art and new media), improvisation elements, int eract ion wit h t he audience, elect ronic re-elaborat ions.As DJ and Producer nocci plays around his live sets. Over 100 t racks of explorat ory and elect ronica original pieces of pure techno style. He presents only its original productions, creating nightmarish atmosphere. His DJ sets are characteristically offensive and dynamic, hard and consistent, but also surprising and emot ional.Released by: mind field records | aremun records | mahaba records | criminal records | kaze records | iElektronix | clonk records | nuzone records | concrete records | picche records